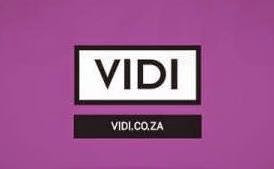 VIDI has become South Africa's second commercial video-on-demand (VOD) failure with the Times Media Group that has abruptly shut down the streaming service just a year and 4 months after it launched in September 2014.

There's been no announcement of the closure of the struggling VIDI, with the website saying VIDI is no longer available.

It leaves Naspers' ShowMax, China's PCCW Global and its OnTapTV.com, MTN's relaunched VU, as well as Netflix South Africa as the remaining subscription video-on-demand (SVOD) players who all arose quickly within the past year and already saw Altron's disastrous Altech Node crash and burn in October 2015.

In the same month last year, investor group Tiso Blackstar which has full ownership of the Times Media Group, announced that it is pulling out of VIDI and said that that the purple SVOD service that was launched with great fanfare hasn't been a success since it went commercial.

VIDI launched a marketing campaign offering a Ferrari 458 Spider in an attempt to get more people to try the video service - which at launch said that it would need 40 000 regular users to break even.

According to a recent study by research firm BMI-TechKnowledge, South African consumers have a very low awareness of VOD providers with only 18% of people knowing what and who video-on-demand players are.

MultiChoice with DStv and its BoxOffice service stands out with the highest awareness as the leading pay-TV service, with low levels of awareness of the pure-play VOD providers," according to the market research.
on 11:34:00 AM