Miners Shot Down wins International Emmy despite South African broadcasters refusing to show the harrowing documentary in their own country. 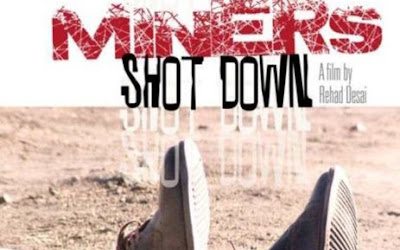 Filmmaker Rehad Desai's harrowing Miners Shot Down was one of three South African productions that was nominated for the 2015 International Emmy Awards.

Miners Shot Down produced by Uhuru Productions won in the documentary category telling the story of how the South African police massacred the miners in the shocking incident which left 44 miners dead.

Neither the South African public broadcaster, the SABC, nor the commercial free-to-air e.tv or pay-TV broadcaster M-Net has shown Miners Shot Down, although it has been shown on Al Jazeera (DStv 406 / StarSat 257) and the community TV station, Cape Town TV (CTV).

In a statement the Democratic Alliance (DA) political party said "the SABC should air Miners Shot Down in order to give South Africans the opportunity to see it".

"Despite repeated requests from both the filmmakers and widows of the Marikana miners, the SABC has refused to air it. The unwillingness of the SABC to air the documentary raises serious questions about whose interests they are trying to protect," says the DA in a statement.
on 10:13:00 AM