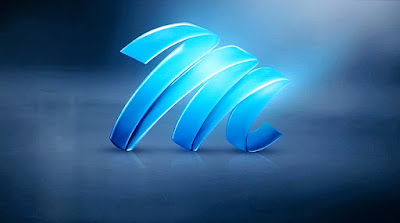 M-Net and its Magic in Motion Academy has become embroiled in a row about race with trade union Solidary slamming M-Net, saying the South African pay-TV broadcaster is unfairly discriminating by allowing no white students to apply for academy internships.

M-Net's Magic in Motion Academy (MiM Academy) that started last year has been doing wonderful work with the veteran producer and director Bobby Heaney as the academy's director.

For its second year, M-Net is expanding the landmark internship programme from 12 to 20 positions to give film and TV graduates much-needed and in-depth practical experience as they work closely with some of South Africa's top producers and TV shows.

According to M-Net, applications for the film Academy that closes on 11 December are "strictly EE (Employment Equity) qualifying candidates only – black, coloured and Indian".

According to Dirk Groenewald, the head of Solidarity's Centre for Fair Labour Practices, M-Net's film academy doesn't comply with the provisions of the Employment Equity Act.

"It boils down to nothing but the total exclusion of white people and amounts to a quota system."

"The said legislation prohibits quota systems. Moreover, the courts, including the Constitutional Court, have already found that the use of a quota system as well as the exclusion of people based on the grounds of their skin colour is unlawful".

Dirk Groenewald says Solidarity asked M-Net to amend the Magic in Motion advertisement in order for whites to also be allowed to apply for the internships. Solidarity plans to lodge a complaint with the Human Rights Commission if the MiM Academy requirement isn't changed.

Dirk Groenewald says it is allegedly not the first time that MultiChoice has reserved vacant posts for certain race groups only.

"Multichoice has already advertised a significant number of posts exclusively for specific race groups. It is clear that the race problem at MultiChoice is far more significant than initially thought."

Asked why M-Net's Magic in Motion Academy internship positions decided to exclude a certain race group, M-Net told TVwithThinus that the focus of the film academy is on previously disadvantaged communities.

"As the MiM Academy is one of M-Net's corporate social investment initiatives, the focus of the initiative is on previously disadvantaged communities".

"However, whilst it is targeted to a pre-determined demographic requirement in line with powerful national transformation objectives, there are also positions and development opportunities at M-Net that are open to a wider pool," says M-Net.

"In this way, M-Net is focused on maintaining its multi-cultural, diverse talent complement".
on 2:29:00 PM