Tech Report returning to eNCA for limited number of 13 episodes after the Homebrew Films produced gadget and technology show managed to get FNB as a sponsor. 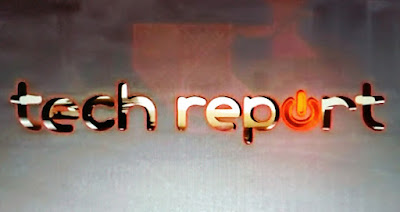 Tech Report is returning to eNCA (DStv 403) for a limited number of episodes after the long running local weekly gadget and technology show which was abruptly cancelled in June managed to find a sponsor.

Tech Report which used to run continuously since November 2011 suddenly got the chop in June this year as part of eNCA's dramatic cut back on current affairs programming forming part of the bigger budget scaledown which saw the shuttering of eNCA's Africa division and the closure of its news bureaux across the continent and in Beijing, the exit of several anchors and correspondents and the end of several other shows like Africa 360.

When Tech Report ended in June, eNCA in response to a media enquiry denied that the episode order of its other local current affairs show Late Nite News with Loyiso Gola has been cut and said that it will return shortly with the same amount of episodes as previous seasons. Instead, that show got cancelled last month as well before a new season started.

Together with SABC3's Top Billing, Tech Report was the only other locally made TV show included on South African Airways' Airscape in-flight entertainment system, watched by millions of passengers the past few years.

Tech Report will now return for 13 half hour episodes from Wednesday 7 October at 21:30 as an advertiser-funded production (AFP) after First National Bank came aboard as sponsor, essentially saving the show and making the new short season possible.

Homebrew Films will continue to produce the highly regarded Tech Report and managed to retain most of the previous presenters.

Tapfuma Makina will host Tech Report again but there will be a slight tweak to the on-screen graphics and the show will now be done from the new e.tv and eNCA Cape Town studios in Roeland Street and broadcast from there.

"We're proud to be working with the Tech Report team again and of the support we have received from FNB," says Patrick Conroy, eNCA managing director.

Praising FNB he says "they understand that technology has increasingly become part of our daily existence and that consumers are constantly seeking new ways to improve their lives through technology. We believe this enhanced offering of Tech Report will engage and entertain our viewers."

The other previous presenters who are back include Seth Rotherham with his quirky, off-the-wall type inserts, Juliet McGuire and Grant Hinds doing game reviews and who also appeared on SABC3's Expresso.

In the first new episode of Tech Report Seth Rotherham will review the Apple Watch and Grant Hinds tries to make sense of the new Film and Publication Board regulations and how it will affect all South Africans.
on 8:58:00 AM