Nigerian sex and relationship edu-drama, Shuga, back for a new 4th season on MTV Base from Sunday 13 September at 22:00. 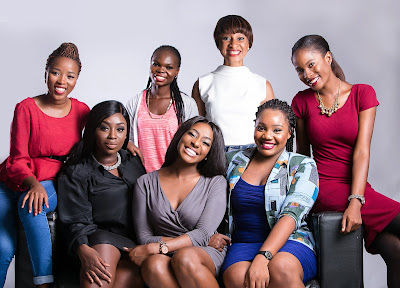 The 4th season of MTV in Africa's edu-drama series Shuga is set to start on Sunday 13 September at 22:00 on MTV Base (DStv 322), adding new actors and characters to the sex and relationship drama which is both a social and educational campaign but surprisingly also turned into good television.

Shuga, which started in 2009 using television for helping to spread a public health message around sex and aimed at young people, is back for a 4th season from this Sunday with repeats on Mondays at 22:30.

Season 4 of Shuga picks up the story some months after the end of the third season and the new episodes will explore storylines like first sex, grooming of adolescent girls, disclosure of HIV status, sexual assault within relationships, mentoring and the use of helplines to seek support.

The 4th season of Shuga was also filmed in Lagos earlier this year after production of the drama from Viacom International Media Networks Africa (VIMN Africa) moved to Nigeria for the third season after the first two were filmed in Kenya.

The new season will also be translated into French and Portuguese versions, the first time ever for the show.

In the new season, Sophie, who ended the third season of Shuga with a life-threatening gunshot in the finale, has been profoundly affected by her close brush with death and has vowed to turn her life around. She now works for a helpline.

Besides this storyline Shuga's fourth season has a businessman predator, a pregnant HIV mother-to-be, and a man trying to keep his HIV positive status a secret from his girlfriend.

Besides MTV Base, earlier seasons of Shuga are shown on South Africa's SABC1 as well as on etv.
on 5:34:00 PM