Christina Aguilera can't perform at ANN7's South African of the Year Awards on October because she's a judge on the 10th season next year and now already filming that. 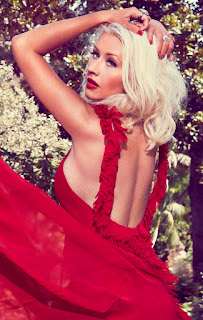 Although initially announced as the headline act but then suddenly withdrawing, the American popstar Christina Aguilera can't perform at the upcoming South African of the Year Awards 2015 because although she's not a judge for the new season she is one on the next 10th season for next year which is already filming some parts for 2016.

The South African of the Year Awards 2015 is set for 17 October at the Ticketpro Dome in Randburg, Johannesburg.

The South African of the Year Awards 2015 will now continue to be a private event like the inaugural event first held last year by Infinity Media which runs ANN7.

"Christina Aguilera has had to withdrawn due to a change in scheduling of the top-rated show The Voice on which she is one of the judges," says ANN7 in a statement issued on 18 September.

"The schedule change requires her to be in the United States on the day of the South African of the Year Awards show."

The American TV channel NBC also didn't announce any schedule changes to the latest 9th season of The Voice which just started.

TV with Thinus asked ANN7 several times what it means, why ANN7 is saying Christina Aguilera is a judge on The Voice if she isn't one on the new season and why ANN7 said the TV show has had a schedule change when the episodes as listed it didn't.

Meanwhile Oakbay Investments did reach out to me. Oakbay Investments asked that I contact agent Robert Norman at the Hollywood talent agency Creative Artists Agency (CAA) and Marc Robbins at Azoff Music Management in Los Angeles.

Robert Norman at CAA didn't respond to an email media enquiry, but Marc Robbins very kindly did and explained that Christina Aguilera is not a judge on the 9th season but of The Voice but is on the 10th season for next year and that early sections are now being filmed for that season already:

"Christina is on the next season of The Voice. The Voice has an exclusivity agreement with all the judges. The Voice changed the schedule on shooting the "blind auditions", "coach post blind interviews" and "promo" from the beginning of October to 10 October through 20 October. The only days without a The Voice commitment was 13, 14 and 15 October".
on 10:25:00 AM