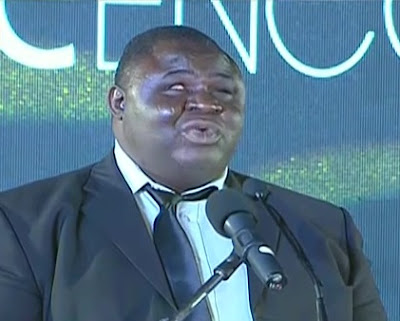 Prof. Obert Mbulaheni Maguvhe, the current acting SABC chairperson has been appointed to the position permanently on Friday by president Jacob Zuma.

In a statement on Friday afternoon from the presidency, president Jacob Zuma says the appointments take immediate effect.

The appointments of Prof. Obert Mbulaheni Maguvhe and Leah Khumalo were swiftly condemned by opposition political parties, the IFP and the Democratic Alliance (DA) calling it "ANC cadre-deployment" and that the struggling SABC and SABC board will only start to function effectively when its separated from politics.

Prof. Obert Mbulaheni Maguvhe took over as acting SABC chairperson at the beginning of the year after the scandalous exit of the disgraced and shamed Ellen Tshabalala who left in December 2014 after she was exposed for lying about tertiary qualifications she didn't have.

Prof. Obert Mbulaheni Maguvhe, who happens to be blind, then presided over the purging of the SABC board members Hope Zinde, Rachel Kalidass and Ronnie Lubisi, leaving the unstable and gutted SABC board without a quorum.