How Afrikaans TV news and shows are set to 'disappear' from SABC TV screens for millions of viewers officially from 14 July. 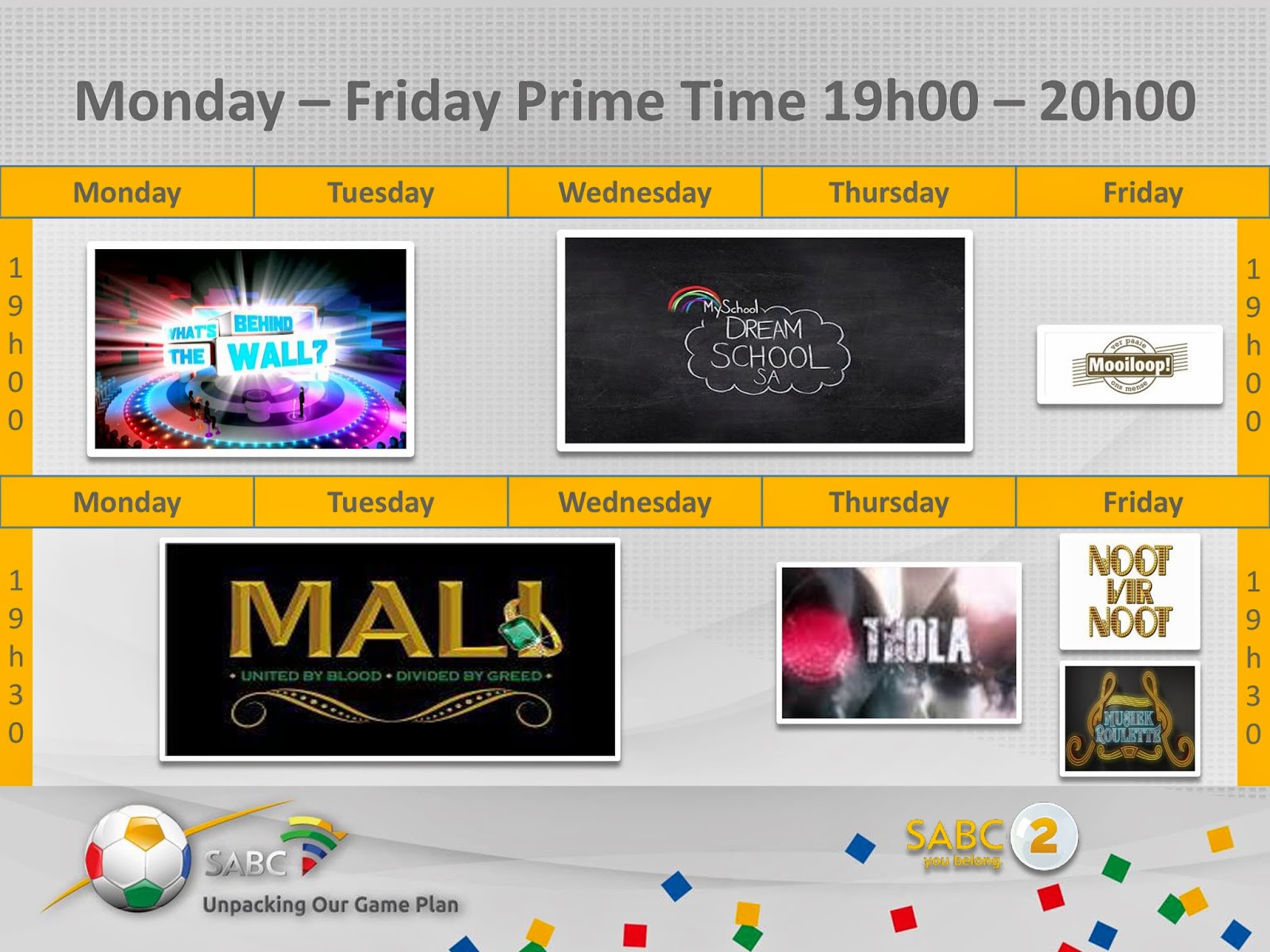 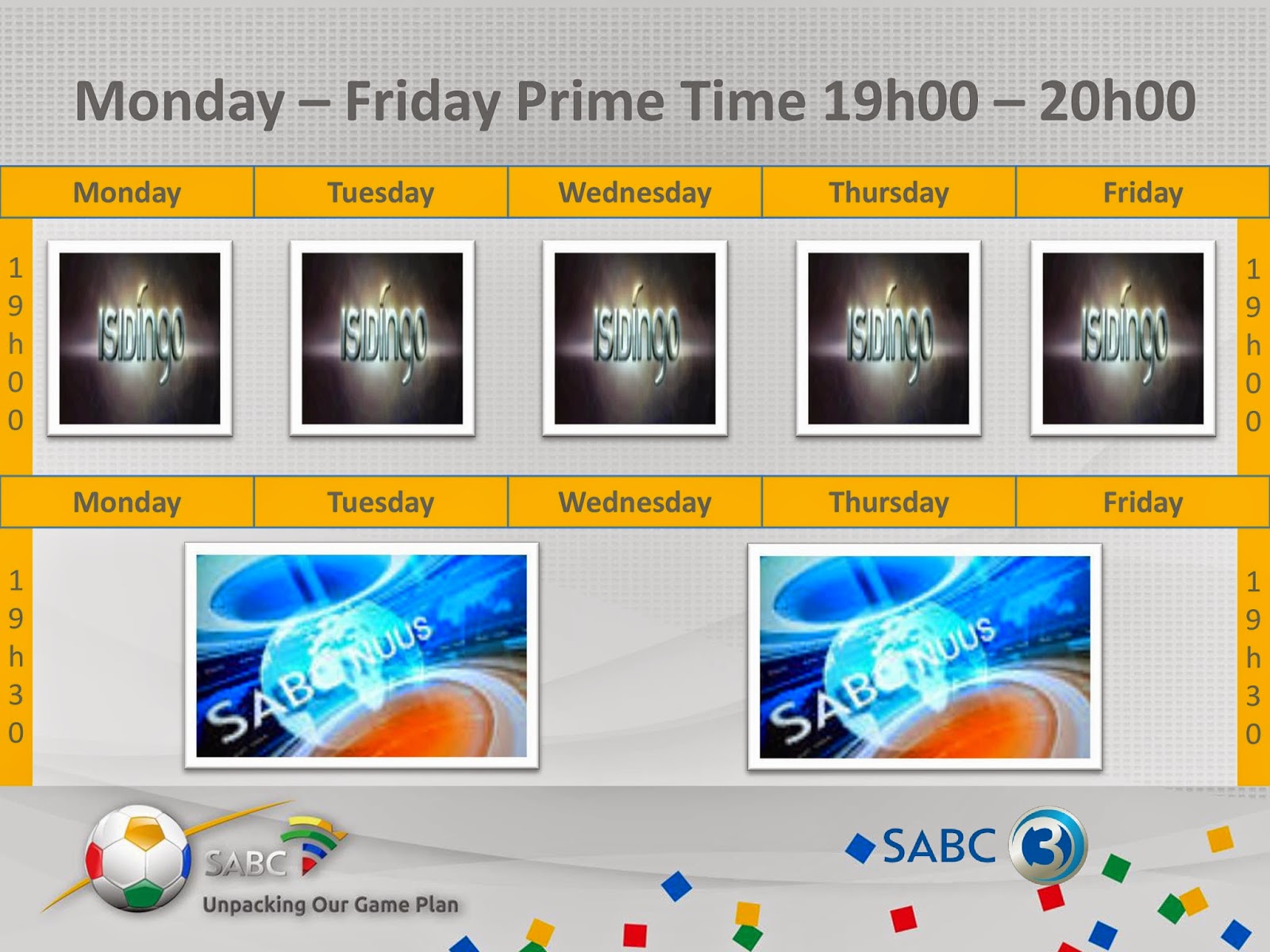 The Afrikaans TV news and a large block of Afrikaans language programming on SABC television are set to become inaccessible to literally millions of South African TV households with the South African public broadcaster which plans to moves this content permanently from SABC2 to SABC3 officially from 14 July.

The least number of TV households are able to get SABC3, especially in the vast rural areas of South Africa and outside of large metropolitan areas.

For these mostly poorer viewers and those without satellite TV it means that they will no longer be able to watch the news in Afrikaans now on SABC3 - as well as several other programmes - even if they want to, since they simply can't receive the signal.

The SABC's plan means that millions of South African TV households with no access to pay-TV or satellite television through MultiChoice's DStv, On Digital Media's StarSat or Platco Digital's OpenView HD, will not be able to watch the Afrikaans TV content from the public broadcaster they've always been able to.

TV with Thinus counted by hand, per province, for all nine provinces, the various Sentech terrestrial television towers that broadcast the signals of SABC2 and SABC3 respectively in various areas as available from Sentech's website.

It gives an indication of how much smaller SABC3's terrestrial reception is than SABC2. While 14 areas and communities in the Northern Cape can receive SABC2, only people living in and around Alexander Bay for instance can receive SABC3 as a TV channel.

In provinces like North West and the Free State there's cose to double the number of transmitters broadcasting SABC2 in these provinces than what there are for SABC3.

In every provinces except for Gauteng, SABC3 is a far less available SABC TV channel.

Last week in a statement following revelations of the SABC's TV programming plans, the public broadcaster said in a statement "the SABC has not marginalised any language and will not do that in future. The SABC has an obligation as prescribed by the Broadcasting Act to ensure that all languages are treated equally".

Yet the move of specifically Afrikaans away from SABC2 - which is much more readily available as a TV channel and where the programming has been for decades - to the much smaller SABC3, will make this language less accessible on terrestrial SABC television.


The facts are these:
■ Last week the SABC did an official 2014 Post World Cup presentation to TV critics, journalists and advertisers informing them that the Afrikaans news and programming will be moving from 14 July permanently from SABC2 to SABC3. Here is the YouTube video presentation of the SABC with the move announced at 02:47.

■ The SABC's presentation hard copy hand-out (the slides above) with the detailed new schedule for SABC1, SABC2 and SABC3 clearly shows on page 8 and 17 how the Afrikaans Nuus om 7 on SABC2 moves to 19:30 on SABC3 permanently.

■ The SABC's top TV executives for the various channels are on record (and recorded) telling journalists and advertisers that the Afrikaans news and Afrikaans language programming will be shifting from SABC2 to SABC3 permanently.

The Afrikaans news as we have it at the moment will be moving to SABC3 permanently," Jacqui Hlongwane, SABC2's acting programme manager told TV critics and advertisers this week.

"What that does for us on the SABC2 schedule is that it opens it up, so that we're able to flow better. It's been quite a challenge for SABC2 in the past. We really have been like a schizophrenic TV channel."

"We've been serving two markets now - the Sesotho audience as well as the Afrikaans audience - and it's really been quite a struggle to try and serve both those important audiences," said Jacqui Hlongwane. "In one channel that kind of positioning has become unsustainable".

"Where we had the Afrikaans news [on SABC2] we will start introducing things like family game shows and reality and factual content".

■ The latest official monthly TV schedules for SABC2 and SABC3 issued to the press for use in and by newspapers and magazines for July and August, all clearly shows the Afrikaans news and Afrikaans shows now on SABC3.

■ The SABC's publicly accessible TV guide and schedule on the SABC's official website today, 1 July, clearly shows the Afrikaans news and other Afrikaans programming now placed on SABC3's schedule when any of the days from 14 July onwards are selected.


The SABC didn't respond to a media enquiry made on Monday asking how many TV households nationally will be affected by the move of Afrikaans language programming from SABC2 to SABC2 and the number of terrestrial SABC households who will not be able to receive Afrikaans programming such as the Afrikaans TV news.

The SABC was asked why the decision was taken to move the Afrikaans news and shows such as Fokus and the Afrikaans drama slot permanently to SABC3 and what the broadcaster want to explain regarding the programming move. No response so far has been forthcoming.
on 8:31:00 AM