Yet another dubious SABC 'anniversary': Today it is 2 YEARS since SABC news head Phil Molefe was suspended, still getting paid monthly. 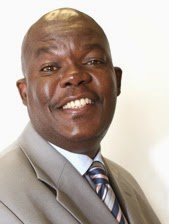 Congratulations (not!) is in order for the SABC.

Today marks the two year anniversary since Phil Molefe, the SABC's head of news - and ever since still getting paid his monthly salary of around R100 000 per month - has been suspended on unexplained "special leave" by the now gone-and-good-riddance former SABC CEO Lulama Mokhobo.

The shockingly unresolved Phil Molefe issue is just one of, and a good example, of the beleaguered, ongoing corporate management, political hamstrung and failing governance mess the South African public broadcaster continues to find itself in due to extremely poor leadership, undue political interference - and of course unqualified and unskilled appointments.

Phil Molefe who keeps getting his R2,2 million a year salary while "suspended", denied the SABC's claim at the end of 2013 that a settlement was reached with him.