Dudley Saunders is the 3rd South African cameraman who've worked for the SABC, to die tragically in 2013. 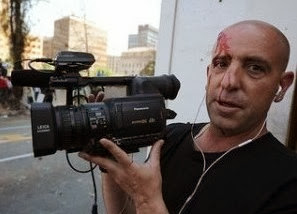 Cameraman Dudley Saunders who unexpectedly and tragically died yesterday in Soweto while filming a story in between train tracks, is the 3rd cameraman this year who've worked for the SABC and who all passed away in 2013.

Besides Dudley Saunders, cameramen the South African television industry sadly lost in 2013, and who've all worked for the SABC, include Ivan Oberholzer and Mokgethi Motseko.

The TV industry also lost cameraman Jan de Klerk who also worked for the SABC in December 2012.
on 7:42:00 PM