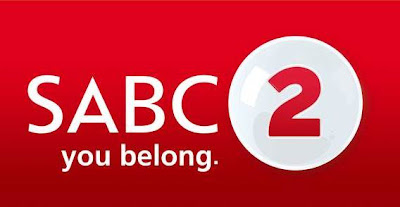 SABC2 is getting fined R25 000, must apologise and must give an organisation called Codisa the right of reply for 8 minutes of airtime on the broadcaster after SABC2 made a mistake by rebroadcasting a three year old episode of Speak Out, failing to check whether the content was still factual.


The BCCSA slammed SABC2 for what it calls "gross negligence" and "a serious contravention" by broadcasting the very old repeat without checking all the content.


The Broadcasting Complaints Commission of South Africa (BCCSA) says in its judgement that SABC2 erred by rebroadcasting an old episode of the consumer watchdog programme Speak Out, produced by Red Pepper Productions, and that "the right of the public to be informed truthfully" was "infringed upon".

SABC2 and Speak Out has to give Community Dialogue of South Africa (Codisa) eight minutes to respond within the first 10 minutes of an episode before 15 May to explain how Codisa's circumstances have changed since the first broadcast in 2009.

SABC2, according to the BCCSA judgement, has to apologise by saying "The SABC made an error in its rebroadcast of 8 November 2012 regarding the current status of an organisation of Codisa. The SABC erred in failing to check the present status of affairs at Codisa".

A brand-new season of Speak Out has now started on SABC2 but preceding that, the broadcaster showed old episodes such as a three year old one in which it allegedly exposed fraudulent activities of the non-profit organisation (NPO).

By the time of the rebroadcast, according to the BBCSA judgement "the situation had, however, changed, which would have necessitated a substantial amendment to the programme when rebroadcast," said the BCCSA.

"Our new partners and sponsors are pulling out of our organisation one by one and we are inundated by calls coming from our new sponsors and old clients asking us why are we on Speak Out again," Codisa told the BCCSA about the SABC2 rebroadcast.

"This is very irritating because our organisation has spent millions of rands trying to undo the damage by the very SABC2. Now they repeat the damage." Codisa asked the BCCSA to award it R20 million from the SABC to help undo the perception damage.

SABC2 told the BCCSA that the Speak Out team "relied on the women who feature in this episode as their main source of information".

SABC2 told the BCCSA that "we had no doubt that the situation had not changed when the repeat broadcast, as is standard practice, was broadcast. However now that this has been brought to our attention, we have taken steps to ensure that the programme will not be rebroadcast in its original form."

The BCCSA in its judgement said that was not enough. The BCCSA said the programme when it was shown in 2009 was in the public interest at the time, but that the rebroadcast on SABC2 three years later was not.

"Although repeating programmes is a well-known practice, a broadcaster obviously has to check whether circumstances have not changed - especially when the reputation of a person or company is at stake. This duty becomes more onerous as time goes by," the BCCSA said in its judgement.

The BCCSA said "the facts referred to in the programme are no longer current and therefore not valid and the repetition of the programme therefore amounts to a serious contravention" of the Broadcasting Code of Conduct which South African broadcasters must adhere to.

"Failing to check whether circumstances had changed amounts to gross neglicence, especially in the light of the considerable time lapse between broadcasts," says the BCCSA in its judgement.
on 12:58:00 PM