Nickelodeon Kids' Choice Awards 2013 coming to Nickelodeon in South Africa on 27 March at 17:45. 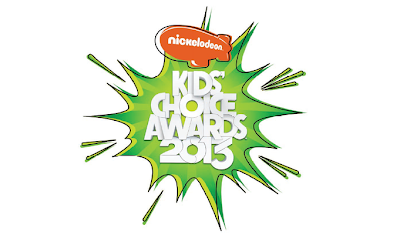 The Nickelodeon Kids' Choice Awards 2013 will be broadcast in South Africa on Nickelodeon (DStv 305) on Wednesday 27 March at 17:45 - 4 days after it is happening in America on 23 March at the Galen Center in California.

The annual kids' awards ceremony honouring stars from television, film and sports as chosen by children will be repeated on 29 March at 20:15 and on 31 March at 12:05.

Josh Duhamel has been announced as the host of this year's award ceremony. "Josh has come out to play before for Kids' Choice and we know he'll do what it takes to be a great host," says Marjorie Cohn, the president of content development for Nickelodeon and the executive producer of the Nickelodeon Kids' Choice Awards 2013.

"We promise that this year will deliver the special, one-of-a-kind, surprise-filled slimefest for which our annual telecast is famous".

"Nickelodeon Kids' Choice Awards is a great event that honours kids by honouring their opinions and taps into the kids in all of us," says Josh Duhamel in the statement. "I have a lot of secret plans for when I host the awards, but I can tell you I'm excited to lead millions of kids into total crazy fun, chaos and of course endless slime."
on 11:45:00 AM