FIRST LOOK. The trophy of bronze and mahogany wood for the AfricaMagic Viewers' Choice Awards. 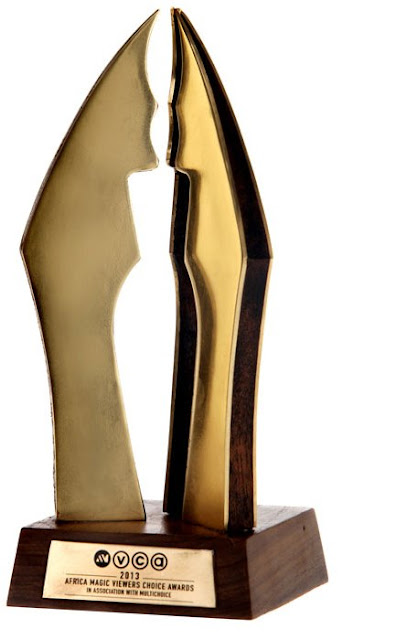 Here's a first look at the trophy which will be awarded to winners of the AfricaMagic Viewers' Choice Awards (AMVCA's) which will be taking place for the first time this year and in Lagos, Nigeria with 28 awards which will be handed out during a two-night event with gala ceremonies on 8 and 9 March.

The nominees for the AfricaMagic Viewers' Choice Awards will be announced tonight at 21:30 in a special edition of the entertainment news magazine show 53 Extra across various AfricaMagic TV channels on DStv across the African continent.

The trophy made of bronze and wood has a cut-out silhouette of an African woman formed by three bronze blades, mounted on a glossy mahogany base.

"As an original creation, it is hoped that the AfricaMagic Viewers' Choice Awards trophy will speak to both industry professionals and television audiences," says Biola Alabi, the managing director of M-Net Africa.

"Internationally there are certain iconic entertainment trophies that carry the same weight with winners and audiences, loved both for its physical form and its emotional meaning."

"We hope that our trophy will do the same – be a statuette that motivates filmmakers and TV professionals while also inspiring those still to join their ranks and captivating those who watch at home."
on 11:24:00 AM