FUNNY. Is Riaan Cruywagen's next chapter to drop trou and read the news for Naked News on television? 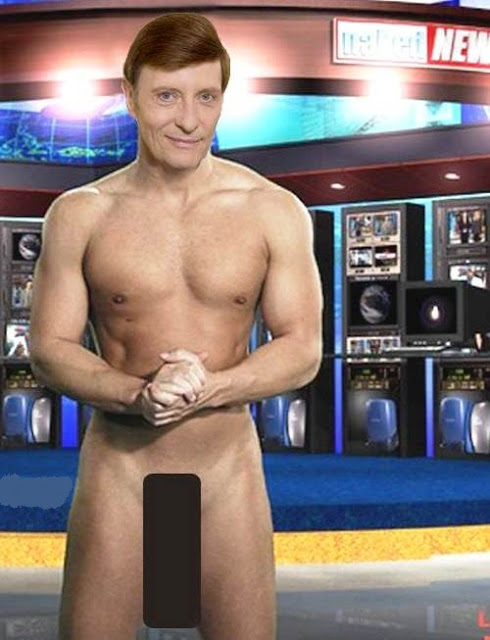 All TV personalities have a next chapter when they finish one thing and move on to the next - just ask Oprah.

So, where will Riaan Cruywagen pop up next after the venerable news man signed off earlier this evening on SABC2 reading his very last news bulletin exactly 37 years after he started on South African television?

Well, since e.tv introduced South Africa to Naked News - news readers who drop the clothes as they bring you breaking news about conflict in Iraq - could be an option. Riaan Cruywagen, always impeccably groomed and coiffed might consider showing South African TV viewers now a whole other side to him.


ALSO READ: Riaan Cruywagen, in cartoon form, signing off after 37 years as a news reader on South African television.
on 9:27:00 PM