A fascinating TV debate coming on Tuesday on RT between American presidential candidates who are NOT Democrat and NOT Republican. 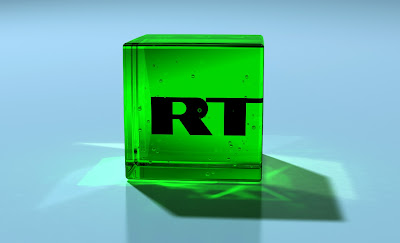 The 24-hour news channel Russia Today (DStv 405) or RT will be televising on Tuesday 30 October at 16:00 (South African time) a fascinating TV debate between the Libertarian candidate Gary Johnson and the Green Party candidate Jill Stein who are both, as members of other parties besides the Democrats and the Republicans, running in America's upcoming presidential election.

Where America's mainstream media for all intent and purposes block out any parties besides overwhelming coverage to the duopolic Republicans and Democrats, the truth is that several other parties exist who never get any exposure or airtime.

The debate on Tuesday will take place in RT's Washington studio.

"I'm sure the discussion between Gary Johnson and Jill Stein will spark much public interest," says RT editor-in-chief Margarita Simonyan.

"It's the equivalent of a sad joke that Americans must rely on Russia Today in order to watch their own presidential debate," says the United States magazine Examiner. These concerns are echoed by The Wall Street Journal's headline: "Kremlin's TV seeks to overcome US Information Blockade".

"Because of the information blockade of these candidates by the media, many Americans don’t even know that they can vote for someone besides Obama or Romney."

The debate will also be available on RT's YouTube channel as well as on rt.com
on 9:40:00 PM