M-Net to launch further AfricaMagic channels in Africa - and the hidden clue to M-Net's channel expansion plans for South Africa. 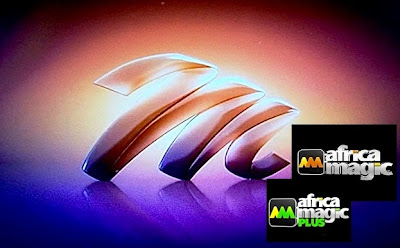 M-Net will be launching a whole range of AfricaMagic TV channels from April in the rest of Southern Africa on MultiChoice's DStv platform and I can reveal that that is exactly the plan and the template that M-Net is also working on for South Africa for the M-Net channel brand - which will see several new M-Net TV channels to be launched branded by programming genre.

In the week M-Net in Africa announced the addition of brand-new Africa Magic TV channels that will expand drastically beyond the two AfricaMagic and AfricaMagic Plus channels which can also be seen in South Africa.

The new expanded set of Africa Magic channels which will include brand-new genre specific channels will however only be seen in the rest of Southern Africa and not be a part of the DStv channel line-up in South Africa and Lesotho.

Currently the two AfricaMagic channels showed movies, dramas, series and talk shows within the African milieu. ''This has stimulated phenomenal growth and interest and has inspired M-Net to further expand its AfricaMagic channel offering to meet its viewers increased demand for content made in Africa for Africa," said Biola Alabi, M-Net Africa's managing director in a statement.

M-Net Africa will become a predominant premiere movie channel as M-Net will be taking all the African content available to them and package it into these new specifically designed channels.

''We're revising and increasing the catalogue of channels from the two channels we have currently have in Southern Africa into three dynamic channels, each with their own clear identity," said Biola Alabi.

Insiders told me last year about the big change and restructuring coming and that Biola Alabi will ''henceforth only do 'core channels' available in Africa''.

M-Net's genre-specific channel expansion coming
Although the pay TV broadcaster isn't officially commenting, TV with Thinus can exclusively reveal that that is exactly the plan that M-Net has for its current M-Net TV channels in South Africa and the coming expansion of further M-Net channels which the pay TV broadcaster is working on for South Africa.

Towards the end of last year several M-Net insider sources spoke to me at length about M-Net's genre specific channel expansion plans which the pay TV broadcaster is working on - with the AfricaMagic channel extension the harbinger and testbed of what's to come for South Africa.

In the week I officially asked M-Net about it the plans that insiders have shared with me since last year. When it was discussed with me I've refrained from writing about it, but now feel that I have to write about it to place the broadcaster's plans within context after this week's AfricaMagic expansion announcement.

Officially M-Net this week was only willing to say that ''M-Net is always working on, and evaluating all of our channels to best suit our subscribers' needs. M-Net is envisioning further M-Net channels, especially with the advent of the switch-over to digital terrestrial television (DTT). At M-Net we're always looking and evaluating our exciting value offering of M-Net channels.''

Here is what I know and what has been shared with me by insiders however over the past few months: Inside M-Net headquarters in Randburg the new genre-specific channel focus which is now becoming evident with AfricaMagic's expansion - and which is also being worked on for the M-Net channels is referred to as ''channel clustering''.

Many more movie channels coming ... by September 2012
Also keep in mind the news which I broke RIGHT HERE in December about M-Net creating the new top-level executive position of M-Net movie director.

It's because more genre specific movie channels from M-Net are envisioned - as much as 6 M-Net movie channels reporting directly to Jan du Plessis, M-Net's director of channels - necessitating the creation of the new executive position at M-Net. ''It's going to be huge,'' sources said to me earlier this year. Other insiders said to me that M-Net is looking at a tentative launch date of September 2012.

Emphasis on genre; some channels in HD
''The emphasis for new M-Net channels will be squarely on genre. Viewers will know instantly what channels on DStv to tune to to see what,'' said another.

While channels such as M-Net Movies 1, M-Net Movies 2, M-Net Stars and M-Net Action will remain as they are, people knowledgeable with the plans under discussion told me that DStv subscribers would see new channels such as ''M-Net Premier, M-Net Comedy, M-Net Drama and M-Net Modern Greats for instance. There will be a strong emphasis on genre from now and into the future for everything M-Net does. Also, some of these movie channels will be in HD.''

Another source said M-Net is now strongly following the genre-specific approach ''very, very similar to the current Sky Movies business model'' for channels.
on 11:56:00 AM