FIRST LOOK. The new Green Arrow with Stephen Amell which could become a new TV drama. 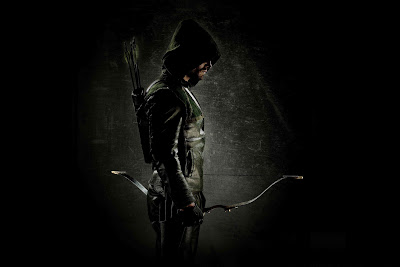 The very first image was just released of the new Green Arrow as he will be seen in the new pilot episode of Arrow, which could maybe become a new TV show.

The publicity photo from the CW network shows actor Stephen Amell who will play the title role, should the show be picked up. The character was of course made famous the past few years by Justin Hartley in Smallville.

Greg Berlanti is the writer. The drama will follow the comic book character's lore book as billionaire playboy Oliver Queen who got marooned on an island and who returns on a mysterious way a few years later with a new (mysterious) purpose - as well as new skills to fight crime as a caped crusader.
on 9:38:00 PM