Tell Mamodupi you're not happy with the way the National Consumer Commission wants to make you pay more for pay television. 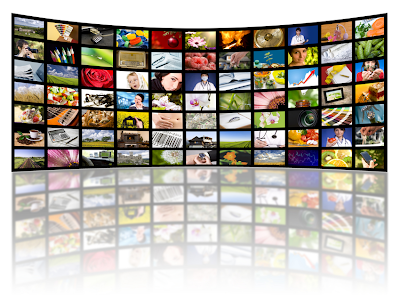 As a consumer, as a TV viewer and as a pay TV subscriber, you have the right to be vocal about what you pay for. The National Consumer Commission now wants to force South Africa's pay TV companies to sell their TV channels to you separately, claiming that they're ''bundling services''. In my view as an independent journalist, the misguided Commission has made a serious mistake.

I know what you're maybe thinking: Surely this would be a good thing right? You'd get to choose out of hundreds of TV channels the pay TV operators have available, and only pay for the ones you personally prefer. And you'd pay way, way less.

After all, why should anyone be forced to pay for 6 eggs together in a box? It should be your right to buy just two jumbo, one free-range extra large and one small if you want. None of this ''selling together'' stuff for us please. Don't be seduced by the enticing fantasy. The reality is that it will be bad for you as a consumer; bad for you as a viewer and bad for you as a pay TV subscriber.

ALSO READ: South Africa's pay TV in peril: How the National Consumer Commission will break the pay TV industry if they force the ''unbundling'' of channels.

Here's some of the consequences you're not aware of, that pay TV operators are not going to tell you about, and which the National Consumer Commission is seemingly oblivious to:

- Pay TV decoders are subsidised. That will disappear and decoder prices will surely increase if pay TV companies have to operate from the viewpoint that you might only subscribe to as little as one TV channel. The revenue derived from multiple channels actually subsidize the decoder box price. If the general subscriber has less channels, that's less revenue. That's less decoder subsidy. Second reason: Because you might suddenly decide to cancel your service if The Do Re Me Channel isn't really actually to your liking, the company is not going to give its hardware away as easily when there's an increased risk of ''churn''. Yes National Consumer Commission, go look up that term.

- Bye, bye added value services. Look for the implosion of all kinds of things like MultiChoice's Catch-Up service for instance. Yes. There's not just one TV channel's programming on there. Because your channel, and my channel, and the neighbour's channel might all be different, whose channel's content get's made available for something like a Catch-Up service? It can't all be on there, because you're not subscribed to a specific channel; yet I am. Look for innovation and value-added services in the pay TV industry to be severly curtailed.

- We love 'em sports rights, but they're expensive. If you think you just want your sport channels like SuperSport get ready to pay your part in real terms to contribute to getting that content. Sport, movies and premium show channels will most probably become the most expensive TV channels. The price you need to pay for certain single-channel offerings might increase by as much as 500% compared to what it is now. Believe me.

- Some currently mid-tier channels will become really bad. They will lose distinctiveness. They might even disappear. Do you really think that Channel O does the annual Channel O Music Video Awards all by itself? Because it's part of the bigger M-Net family, there's cross-subsidies at work. Take DStv for instance. M-Net pays for a lot of the programming, and makes it possible for there to be richer programming in terms of original content on other channels like kykNET and Mzansi Magic. M-Net's The Wild is seen on Mzansi Magic. kykNET's eNuus and Binneland is on M-Net terrestrial. Say bye-bye to better and a bigger variety of content on more channels (especial lower tiered channels) if channels have to ''unbundle''.

- The National Consumer Commission has no idea how hard pay TV operators, especially MultiChoice had to fight, explain, build reputation, cajole, plead, and entice overseas channel providers over many, many years to care about Africa and South Africa - to get them to see Africa and South Africa as viable - not just in terms of economics and a place they want their brands to be, but also an audience and a large enough viewership to make it worth their trouble.
Channel and content distributors will immediately become scared if not totally apprehensive about Africa and South Africa if they perceive even more obstacles and greater difficulty to get their channel on an operator platform because it might be rejected and not be carried by a pay TV operator. The loser? The consumer.

- More repeats, more advertising, more sponsoring. As less popular channels and lower-tiered (read: cheaper for you) channels try to remain viable and commercial, get ready for more repeats and more and longer repeat cycles to both offset the programme acquisition cost, and to create more space for more commercials. Something has to pay the bill, and if it's not going to be you as the subscriber ... well the money has to come from somewhere.

- It's not even really possible: Unique per subscriber billing for the gazillion unique channel selection options that would exist. The back-end system doesn't exist. But lets say it did. Do you think the pay TV company, having to spend more on billing operations, and having to constantly try and figure out who wants what and no longer wants what, is going to absorb that cost? That higher operational costs will lovingly be passed straight onto you, the consumer.

- That constant clamouring for more new TV channels? Forget about it. Why will a pay TV operator have any incentive of bringing and adding another new TV channel if its introduction means you might simply switch one channel for another - especially if (gasp!) it's a cheaper channel that will mean the operator makes less money? So. No real new channel additions - unless it's a more expensive channel. And even if it is more expensive, and there's not enough people wanting it, it will disappear.

- Top History, Top Explore, Top Crime? M-Net Action, M-Net Series, M-Net Stars? Look for more of those self-compiled channels rather than international channels as operators will (and who can blame them) create a bigger illusion of choice. What you'll get is older, maybe less premium content cobbled together - an old Soviet TV store front where you think you're seeing choice but actually seeing less of everything.

- Even seen a private hospital bill? You pay for the smallest little thing. Ditto for pay TV a la carte. How about a separate line of R10 on your monthly invoice stating ''EPG electronic programme guide 3 days advance'' or R50 for ''EPG electronic programme guide 7 days advance''. It's after all a service. Because subscribers will in all likelihood chop and change channels much more frequently, get ready for things like a ''channel termination fee'' if you end a channel, a ''channel change penalty'' fee if you switch between channels within a month and all kinds of possible service charges and fees companies could implement to help pay for those higher overheads.

Be vocal - let your voice be heard as a consumer
Mamodupi Mohlala is the commissioner of the National Consumer Commission. You can tell her that you're not pleased, and don't like, and don't want the seemingly uneducated overregulation of South Africa's pay TV industry that will end up costing you more as a consumer.

You don't need to explain anything. Just write the National Consumer Commission and tell Mamodupi that you don't want changes to your pay TV subscription service to result in higher prices and less choice for you as a consumer. You can send an email to Mamodupi and since they are supposed to work for the consumer, the National Consumer Commission will love to hear from you.