BREAKING. Roy is out; Dina is in. Dina Pule takes over as South Africa's new minister of communications as Roy Padayachie shuffles out. 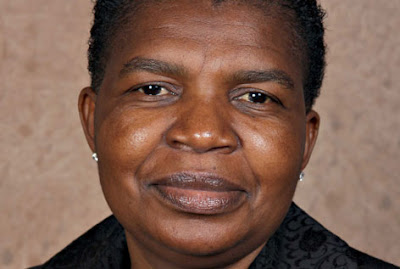 South Africa's television industry is reacting with shock about the just-made announcement that Roy Padayachie is out and that Dina Pule is in as South Africa's new minister of communications.

President Jacob Zuma announced a ministerial shake-up and one of the government department's affected is the department of communications. Roy Padayachie is becoming the new minister of public service and administration. Dina Pule takes over from him. She used to be the deputy minister for performance monitoring and evaluation.

Roy Padayachie was South Africa's minister of communications for exactly a year, after he replaced the controversial Siphiwe Nyanda in a shocking cabinet change in October 2010.

People I've spoken to the past hour are concerned that it will take Dina Pule (too much) time to get up to speed with the unmitigated melodrama of the beleaguered South African public broadcaster that is still for all intent and purposes on life-support.

Will Dina Pule have to ''remeet'' all the multitude of stakeholders again, just like Roy Padayachie had to do when he took over from a retired general? And secondly: does Dina Pule have the insight and communications background to steer South Africa's crucial transition to digital television?

With South Africa's television industry that needs immediate leadership, insight, right decisions, and speedy solutions to crucial matters regarding the SABC and DTT insofar it concerns public broadcasting, several people are immediately wondering not if, but how big, the setback will be with an industry that has to reset and grapple yet again with a new minister of communications.

''I think the big issue is that we must keep the broadcasting policy review process on track - it is critical to the long term health of broadcasting,'' Kate Skinner, coordinator of the Support Public Broadcasting Coalition (SOS) public pressure group tells TV with Thinus.

''We need new strong broadcasting laws in the public interest. The deep structural governance, oversight and funding problems in the sector stem mainly - although certainly not only - from gaps in the legislation. We need a commitment from the new minister and deputy minister that this will be prioritised,'' says Kate Skinner, commenting on the latest communication minister shuffle.