No MultiChoice? Get Multiview. Free television in South Africa gets a new name for digital terrestrial television (DTT). 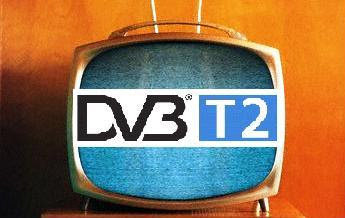 No MultiChoice? Then get ready for Multiview. The SABC and e.tv have decided to call their free digital TV offering that will include several new TV channels, Multiview – a name that might end up creating a lot of confusion under consumers during South Africa's switch-over to digital television broadcasting that will start from April next year.

South Africa's public broadcaster, the SABC, as well as the commercial broadcasters e.tv and M-Net have to switch from current analogue broadcasting to digital DVB-T2 television broadcasts and digital terrestrial television (DTT) – a process known as digital migration. 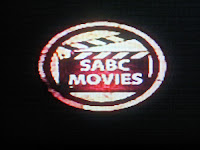 It's going to mean that ordinary South African television viewers and the TV households in which daily local soap operas like Generations, 7de Laan, Muvhango and Rhythm City have become cultural touchstones with a combined daily viewership of millions, will have to buy a special set-top box (STB) and in many cases also a new antenna. Viewers who don't buy an STB with an estimated cost of R700 are no longer going to be able to watch their shows once broadcasters start the digital migration process from April 2012. Broadcasters will switch their analogue signals off within a few years' time after a period of ''dual illumination'' during which they will be broadcasting both their current analogue signals but also the new digital signals.

So far the South African government has not yet said how the subsidy programme to buy an STB's will work, how it will determine which of the 11 million South African TV households are poor enough to qualify for a subsidy (estimated at five million households), or how the process will work. The South African Bureau of Standards (SABS) are behind with publishing the manufacturing standards that STB's will have to adhere to.

The South African government is also lagging behind with appointing local manufacturers for STB production. The government is however expected to issue a request for proposals later this month from manufacturers who could supply the STB decoders needed to get digital TV signals.

As part of DTT the SABC, e.tv and M-Net are all planning to increase the number of channels they currently broadcast once they're making use of a digital broadcasting platform. The SABC and e.tv have now registered Multiview as the brand name for their free-to-air bouquet. Multiview should not be confused with MultiChoice which is a pay TV service and is a subscription based model.

The SABC plans to have 18 TV channels on Multiview. The SABC wants to run 18 digital television channels – including SABC1, SABC2 and SABC3 – as well as all of the public broadcaster's radio services on the DTT multiplex. It will include SABC Sport as a channel, health and education channels, as well as the new 24 hour news channel the SABC wants to start. ''The channel offering that we will be providing, will be about attracting and retaining existing viewers,'' Richard Waghorn, the SABC's chief technology officer told the government last week.

Meanwhile e.tv is planning on launching its own additional new TV channels as part of Multiview. The broadcaster plans to unveil its commercial free-to-air digital channel bouquet within the first half of 2012 when it launches its DTT offering. The broadcaster said it is in advanced planning stages for its commercial DTT launch next year, that it's building control studios and is busy with content development for the new channels. 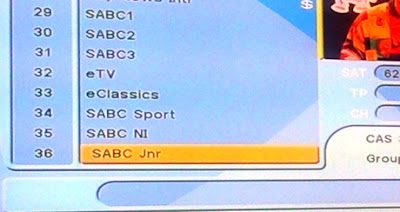 M-Net is likewise planning a pay-DTT offering for next year. M-Net is set to expand its analogue broadcast which currently only consists out of the M-Net channel, a sports channel cobbled together from various feed of MultiChoice's SuperSport channels, and the Community Service Network (CSN). M-Net will run multiple new M-Net TV channels, presumably single genre thematic channels such as comedy, drama and movies.

Why the SABC and e.tv – knowing that MultiChoice exists in South Africa – settled on Multiview as the name for their free-TV bouquet is puzzling. It could lead to confusion in a consumer market that is already going to presumably grapple with the concepts and terminology of a whole new TV system for South Africa.

Countries like Britain, Australia and New Zealand all went with the name Freeview for their DTT offering.
on 10:13:00 AM