BREAKING. Nolly aint going Holly. Noluthando Meje the first Idols contestant getting dumped from the top 10 in the reality show. 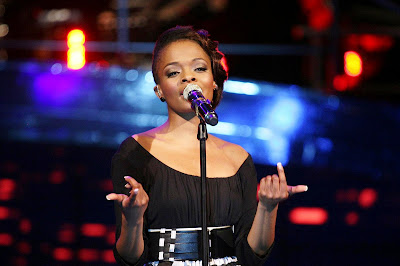 Noluthando Meje, also known as Nolly, got the least number of votes and was dumped from Idols on live television earlier this evening as the first contestant from the top 10 group to get the boot in the 7th season of the reality show on M-Net.

While Crushanda Forbes was placed 8th and Lefa Pike got the 9th least amount of votes, viewers and voters liked Noluthano Meje the least of all. The judges unanimously decided not to use their one ''save'' to keep her on the show and Noluthando Meje who bit her bottom lip as the news sunk in, is now out of the show.

ALSO READ: Idols contestant Dave van Vuuren is ''sex on fire'': gets a standing ovation and unanimous, glowing praise from the judges.
ALSO READ: A very glamorous top 10 contestants all posing together for the first time in glamour gear.
on 11:18:00 PM