BREAKING. SABC confirms that its group CEO, Solly Mokoetle has resigned with effect from today. 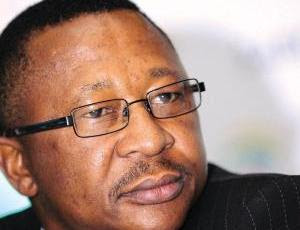 The SABC just issued a terse press statement confirming the news that its suspended group CEO Solly Mokoetle has resigned ''with effect from 19 January and will pursue his career elsewhere''.

The broadcaster that pursued an acrimonious disciplinary hearing against Solly Mokoetle at the end of last year says ''the parties have settled all other disputes between them and wish each other well for the future.''

The SABC says nothing about a replacement, the process to find a new group CEO, or the disciplinary hearing that the broadcaster instituted after the SABC board had a falling out with the recalcitrant Solly Mokoetle and charges or corporate governance breaches that he was involved in.

The SABC just confirmed to me that Robin Nicholson is still and will continue to be the acting group CEO in the place of Solly Mokoetle who is gone from the broadcaster with ''immediate effect''.