Terra Nova: Which South African broadcaster will snag the rights first to a TV hit that's 85 million years in the making? 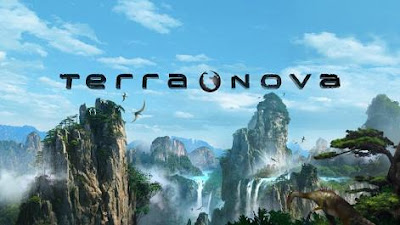 The uber producer behind movies like Jurassic Park is the executive producer of what is to be a sure-fire upcoming TV hit. In fact I would go as far as saying that Terra Nova will be next year's biggest new TV show that's currently in development and production. Just watch. It will be interesting to see which South African broadcaster (M-Net?) snags the broadcasting rights to this massive and epic show first.

Terra Nova starts filming in Australia soon and the premise is out of this world: Think the new Lost meets Earth 2 meets Lost in Space meets Otherworld. Imagine the world of Avatar on your TV screen. In 2149 the world is dying. Earth is overpopulated, overdeveloped and overpolluted. With no way of reversing the damage. Scientists create a time machine and a portal to prehistoric Earth. Yes. Similar to an episode of what Professor Amadeus Sharp did in The Bionic Six. The plan is for families to ''relocate'' to the past, 85 million years ago, as a second chance for civilization and mankind. The Shannon family steps through. . . Then the trouble starts, and its not because of the dangerous dinosaurs and other prehistoric threats.

''Terra Nova will be one of the most visually stimulating and dramatically grand series to air on television,” said Kevin Reilly, president of entertainment of America's Fox network in a press release. Fox is already planning to make event television of Terra Nova and there will be at least 13 episodes of this incredible-sounding family adventure drama.
on 11:59:00 PM