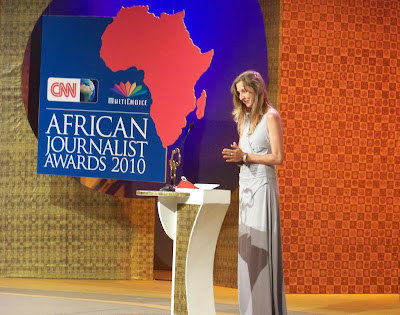 KAMPALA, UGANDA. -
The investigative TV journalist Sam Rogers from e.tv's eNews in South Africa has won the CNN MultiChoice African Journalist 2010 Award for her story ''Curse of the Nobody People"' about people with albinism in Tanzania being targeted and killed for body parts.

This is the second time that Sam Rogers has now won this highly coveted African journalism award, who was also this year's category winner for the Television Features Award for her heartwrenching story about people with albinism in Tanzania who are hunted and killed and their body parts sold to witch doctors. Sam Rogers won as CNN MultiChoice African Journalist of the Year in 2001 together with Jacques Pauw. The CNN MultiChoice African Journalist Awards 2010 took place earlier this evening in Kampala, Uganda, once described by Winston Churchill as ''the pearl of Africa''. The awards ceremony will be broadcast on the eNews Channel (DStv 403) on July 12.

This is the 15th year that the CNN MultiChoice African Journalist Awards have taken place and its the first time that the televised awards ceremony has been held in Uganda, a country that has a dubious record of press freedom and where the non-profit organisation Human Rights Watch just issued a scathing report regarding 35 violent attacks against journalists that took place in the country last year. The CNN MultiChoice African Journalist Awards, recognising excellence in journalism in Africa, received more than 2 000 entries this year from 975 journalists in more than 40 African countries.

Other South African journalism wins include Lucas Ledwaba who wrote a feature article for Drum magazine, ''Dying to get better: The Free State's ARV shame'' about HIV/Aids who won in the category for the HIV/Aids Reporting Award. The DispatchOnline Team won the new Digital Journalism Award sponsored by BlackBerry for their ''Slumlords'' story. 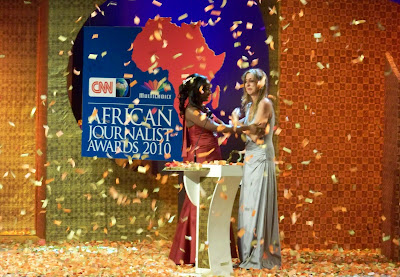