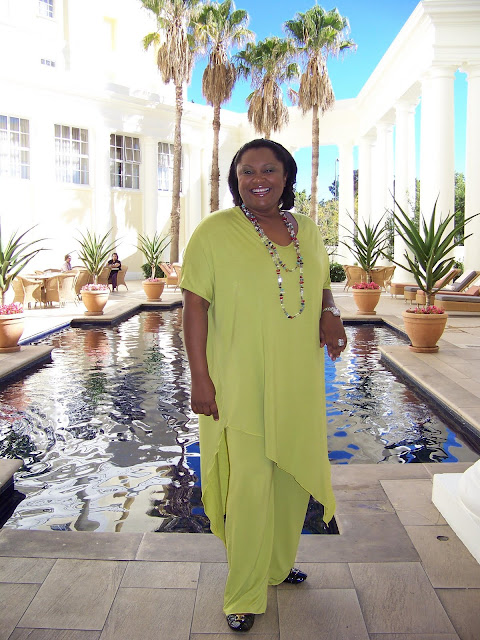 Noeleen Maholwana-Sangqu talked to me about her exciting journey, moments that have touched her and ''phenomenal guests'', why she keeps doing it and for how long she will continue to, as well as what she has learned from doing a daily TV talk show and human nature. She opens up about what this show has meant for her, how she sifts all the voices on a daily basis, and how she thinks the way we talk, has changed in South Africa.

For my comprehensive interview with Noeleen Maholwana-Sangqu, as well as more photos, click on READ MORE below.


ALSO READ: 3Talk with Noeleen turns 7: 7 looks through the years! 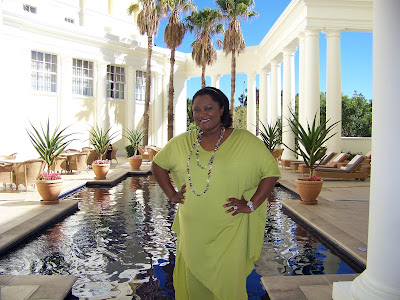 Noeleen, I was at the SABC3 quarterly preview seven years ago when the TV channel told us as TV critics that 3Talk will now be hosted by Noeleen Maholwana-Sangqu – this woman who did radio – and the door opened and in you walked to introduce yourself and take questions. Now it's seven years later. What has this TV journey been like for you?
Oh, its been so exciting, Thinus. It's been one of those things that just come into your life. I always thought I don't have the face for television, so I would never do TV. But once I made that jump and said, ''Okay, let me give it a try – I'll do it for a year and see how it goes – it's been seven years and it feels like its been seven months. It's been such an exciting journey. Every day is different. Every day offers new guests, new insights, new possibilities.

After seven years, what's been the stand-out moment?
It sounds like such a cliché, but for me every day really – because every day is so different, the topics are so different – that every day just feels like a different day. There are of course guests who are simply phenomenal and come in and – like Lionel Ritchie who's hugely famous – and come in and would give me everything that I want. He's a dream interview. 3Talk has really been about ordinary South Africans though. People who overcome certain things – those are memorable moments for me. There was a day just recently where I was doing a show on rare diseases. This mom came in with her daughter. Her daughter was in a wheelchair. She has a disease that the doctors don't even know what it is. And I asked the girl, ''What are you thinking?'' And she said, ''I just don't want to die.'' This mom had two other daughters who had died from the same disease. This mom just burst out crying and I cried as well. It's moments like that. People who have huge problems but still have the tenacity and courage to come onto live television and share their stories. 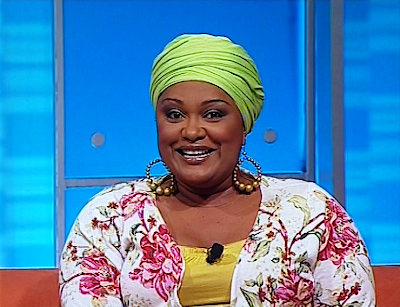 Seven years is a very long time to do just one thing. It's such a routine and such a lot of work to just do one hour of television every weekday. What keeps you going and keeps you motivated to continue with 3Talk with Noeleen?
Thinus, I think it's because it is so different every day. I think the day I get bored with 3Talk is the day I will stop. When you get bored, you no longer enjoy yourself. What motivates me is that I enjoy doing 3Talk every single day, five days a week. I truly, truly enjoy it and I don't get bored. The day I do get bored is the day I can't do this anymore because now I'm bored.

What have you learned from doing 3Talk with Noeleen?
I think that people have persevered. When you talk to people – even callers – someone who says ''Noeleen I was raped by my father while my mother watched,'' that's hectic, hectic stuff. And I would ask: ''Have you've ever spoken to someone about this stuff?'' and the person would say ''No, this is the first time I'm talking about it.'' For me its about trust – that people can call me, as well as my studio guests, and say, this is what happened to me. That for me is an honour, although the stories are so harrowing and really heart-breaking. I've learned there is perseverance. There is hope in people. There is a ''hoping for'' in people. That's the big thing for me: if you have hope, you will go on because hope is something that is eternal. 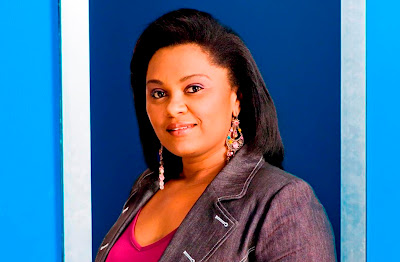 I think a lot of viewers don't realize how difficult it really is what you're doing and making seem to easy and seamless. But when you do 3Talk with Noeleen, you have callers you have to listen to and control that conversation, you have a studio guest or two, you've got a director in your ear and a floor manager and this cacophony of voice and commands and directions and time keeping. Does that still make you anxious and does it still stress you out?
Every single day. Every time my floor manager counts down to ten my heart starts pumping because I realize I'm going live to homes and hotels in South Africa. It takes a lot of concentration and I think people don't realize that. You don't show that you're listening to the floor manager or watching him, or listening to your director in your ear, you're controlling the guests in the studio and you're listening to callers. So it is quite stressful. I've just learned to be able to take in all those voice at the same time and sift them out. While I'm looking into my camera and talking to a caller or I'm doing an interview I have to start thinking what I'm going to be saying to the guest in the studio – multi-tasking really!

Seven years is such a lot of talking. 3Talk with Noeleen has come at such a pivotal time in South Africa, and I would almost want to say still is. It's a young democracy still, we can talk about anything – has the nature of discourse and what we talk about changed in South Africa?
Thinus, I think the kind of topics that we cover are things that affect people on a daily basis. My show is not really about the politics of the country and the psyche of South Africa – but what I've realized is that a lot of people would say ''I'm confident, I'm a go-getter''. Yet, deep down we as ordinary people still have a lot to conquer – just in terms of some development, of mentally taking the leap, of making the right decisions. I think there's still so much more to uncover. I realize that the more we talk, the more that people realize that they need help on terms of self-esteem and in terms of growth and of making choices, saying no – the more we move forward. The conversation is continuing. I think people have changed to be okay with being more open and say ''This is how I'm feeling, this is how I'm perceiving things, and this is how I want to change things.''