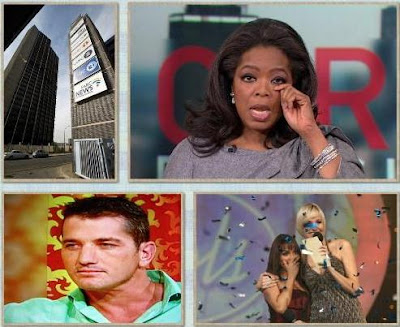 Who and what made waves in 2009 in television in South Africa? What stories from the world of television fascinated, captivated and became larger than life? Of course the SABC imploded, M-Net had a scandal with Idols and Oprah announced she's done talking. But what else mattered?
I chose the 9 biggest TV stories of the past year.

Click on READ MORE below to see what they are - and why they stood out.

It has the biggest soap operas on television in South Africa and keeps more than 20 million people entralled daily. But South African television's biggest soap opera in 2009 was undoubtedly the scandals, financial black hole, public infighting, mismanagement, corruption, resignations, debt shock and leadership crisis that shook the SABC this year. 2009 was the biggest annus horribilis for the South African Broadcasting Corporation since its inception with an unending barrage of bad news and scandals, intense scrutiny (the most bad press and publicity racked up ever for the institution in one year). The enormous and complete implosion at the SABC caused a massive wave of disruption in the TV industry, triggering a financial crisis in the local TV production sector that lead to a ''hunger strike'' by producers and even public mass demonstrations at the SABC's door (twice). Like any great soapie the SABC's woes as the biggest TV news story of the year in 2009 looks all but set to continue unabated in 2010.

The pay broadcaster M-Net ignited a firestorm just after the finale of Idols when a voting scandal engulfed the channel. A blame game ensued after it was discovered that not all eligible votes came through in time to crown the real winner and left M-Net's reputation seriously damaged.

Sasha-Lee Davids ''won'', only for Jason Hartman to emerge as the real winner. M-Net faced an angry viewing public and the biggest credibility crisis in the channel's history. Both contestants were eventually made winners. Still, in the end, the South African viewing public felt like the losers.

Oprah Winfrey's announcement in November that she's done talking and will end The Oprah Winfrey Show after 25 years on 9 September, 2011, shook the global TV industry. She wants to start her own TV channel, OWN. (As if the queen of talk doesn't already own television.)

If you're a TV channel, broadcasting snafu's are a dime a dozen a day. Mistakes happen. But the biggest broadcasting blunder of the year got millions mad at SABC3. A final control room technician didn't do what he was supposed to in September and omitted a whole section from the season finale of Survivor: China. A disciplinary hearing and suspension followed for the inept technician but if viewers had a choice they would have voted SABC3 off the island.

One of the big stories of 2009 in the world of South African television is for something that DIDN'T happen: pay TV competition. On Digital Media (ODM) made more promises and pushed the launch date out (Now the first quarter of 2010. Promise!) Telkom Media languished after Telkom decided to sell its stake in the to-be pay TV operator to China's Shenzhen Media. Telkom Media was renamed Super5Media.

Not WowTV, Super5Media or ODM who received licences to operate subscription TV platforms could manage in 2009 to do so and the new channel ASTV that was supposed to start in November, faltered. MultiChoice's DStv further entrenches its lead in 2009 by adding more high definition (HD) channels, growing its subscriber base with cheaper subscriptions packages (DStv Compact) and starting the limited roll-out of IPTV.

A seriously underreported story is South Africa's transition to digital terrestrial television (DTT) and the process of digital migration. Government is lagging behind it target dates for . . . everything – from set top box (STB) specifications, to the awarding of tenders to STB manufacturers and also haven't said yet (or devised) how it plans to allocate the subsidy for poorest households to buy a STB.

E.tv sued the Independent Communications Authority of South Africa (Icasa) regarding the latest batch of DTT regulations that could stall the process further, while signal distributor Sentech already made murmurs that the money allocated by government to make the switch is billions under budget. . .

Entertainment news – in a flash. From All Access on M-Net to Flash! on SABC3, from Top Billing and Pasella, Glitterati, The Showbiz Report on e.tv, V Entertainment on Vuzu and many more, 2009 was the year that entertainment news magazine shows in South Africa as a TV genre finally found it's solid footing. Now that the genie is out of the bottle it will never go back. Get ready for more local red carpets, celeb scandals and tabloid glam coverage.

The top local TV moments of the year is must include Louwna standing in front of Walco's closed doors on 22 January in Egoli on M-Net, the mighty fictional car manufacturer closed and gone forever – the moment made bittersweet about the news about the impending demise of the long running soap in real-life in March 2010.
Then there was first Amor Vittone's heartwrenching TV interview on kykNET, followed a few months later by her husband Joost van der Westhuizen finally admitting in a emotional mea culpa on the same channel his infidelities. Mesmerising moments from which you simply can't look away. 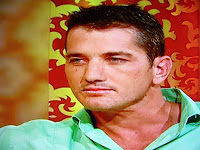 Then there's Ras Dumisani's unforgettable TV moment, completely botching the South African national anthem and the incredulous Boks looking flabbergasted on the rugby field in Paris. And talking of Paris, did you see Michael Jackson's daughter on 7 July, in an impromptu, unplanned moment, professing her love for her father in an emotional moment right at the end – just as the cameras at the King of Pop's memorial service was about to cut away? It's 2009's best can't-look-away-moments.

It's not something casual TV viewers will notice but South African television is catching up fast with the rest of the world – and in some instances even passing other countries. Local viewers are seeing hit international shows closer and closer to their American and British broadcasting dates, no longer waiting months and months to see the best television – even sometimes before many other countries in the world.
Broadcasters realize that hit TV shows' value erode the longer it takes to show it, that in a growing multiverse of media, viewers are increasing going elsewhere and using other means to watch their shows (the internet, DVDs) if TV channels don't get around to showing it quick enough, first. And that's something - like Glee - you can sing a good song about.
on 11:28:00 AM