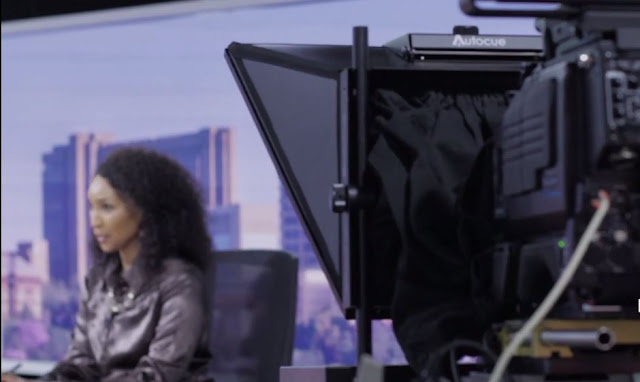 Newzroom Africa (DStv 405) is celebrating the South African TV news channel's first anniversary on-air and its "miracle launch" after it made its debut just before the country's last general elections in 2019 and now finds itself reporting amidst the country's Covid-19 national lockdown period.

Newzroom Afrika is also explaining its "person first" approach to news coverage that it says has been working well for the Linden-studio headquartered TV news channel over the past 12 months.

The TV news channel that was commissioned by MultiChoice from co-founders Thabile Ngwato and Thokozani Nkosi went on-air on 2 May 2019 just before the 2019 national and provincial elections from its newly-created studio in Johannesburg. 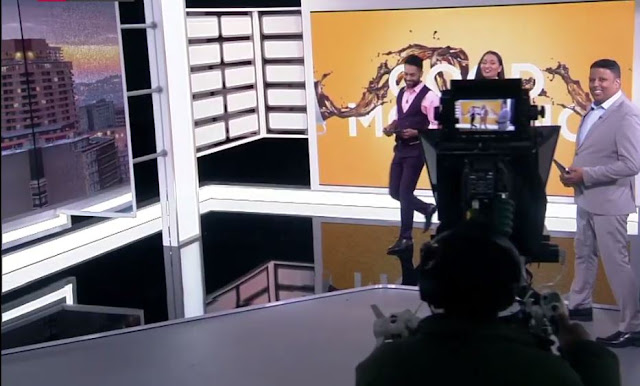 In an interview on Newzroom Afrika Thabile Ngwato, co-founder and co-CEO, said "the first year was definitely remarkable for us". "We're so grateful for our team and our channel carriage partner MultiChoice. It's been so great for us to have a partner that is as supportive as MultiChoice and the rest of our stakeholders as well."

Thokozani Nkosi, co-founder and co-CEO, revealed that Newzroom Afrika's opening broadcast was supposed to have bee a pre-recorded newscast and event "but the fact that we launched the station live stood out for us".

"A lot of things that you see on-air are us 'breaking rules' but the beautiful thing is we knew the rules first before we broke them. We knew what rules to break and how to break it. So you break it in a way that works."

About the Covid-19 novel coronavirus pandemic in South Africa Thabile Ngwato said that "on the business side we have been really prepared. As things started to escalate we really worked on a business-continuity plan, that would make sure that we continue to operate and continue to provide our viewers with the content that they need. Especially now."

"We work from a solid plan on the business side. From the content side we make sure that we are live, that we are direct all the time."

In a 10-minute look-back short documentary insert broadcast on Newzroom Afrika about its first year on-air, Malebo Phage, Newzroom Afrika editor-in-chief, describes it as a "miracle launch": "We had 3 months to launch in an environment where our competitors had many, many months to prepare to launch. In our case, it was just two months."


Newzroom Afrika reporting approach
Explaining Newzroom Afrika's news reporting and presentation style, Thokozani Nkosi, says "we put the person first before the actual 'story'. We use a normal narrative of telling people's stories and the facts come as a by-product of that. That has worked quite well for us."

Katy Katopidis, Newzroom Afrika news director, says "live story-telling, rolling live coverage and the serialisation of news is a very important strategy for us at Newzroom Afrika because it gives our audience an opportunity to go on the journey with the reporter."

"It almost becomes a 'reporter with them' because the story is unfolding hour by hour. through their eyes and I think that has really given us a bit of an edge because we're able to tell it from a slightly different angle and keep constantly on a particular story."

"So you always have to compete and tell a story online, and tell the same story differently on our channel - so that again brings its own challenges." 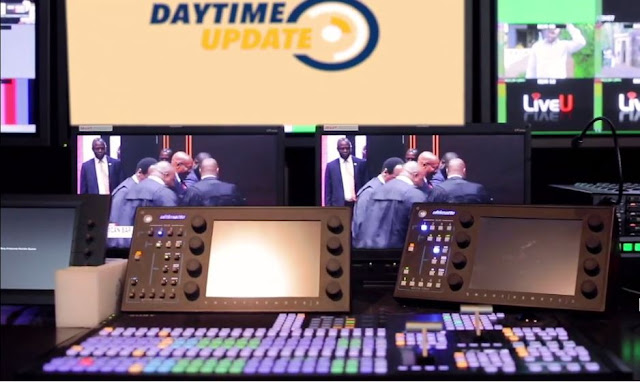 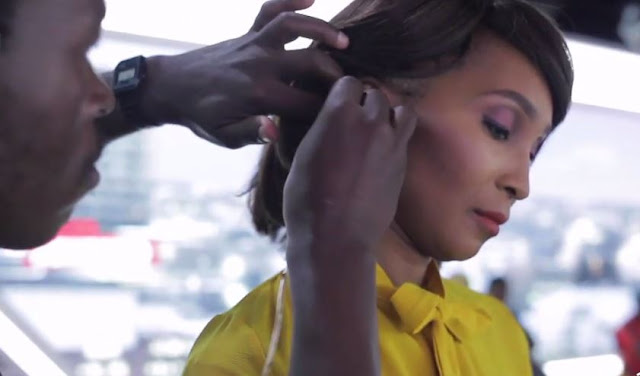 "I'm just hoping that we will grow from strength to strength with the amazing team of reporters and anchors and everybody who our audience doesn't see but are working so hard and tirelessly behind-the-scenes."

You can watch the Newzroom Afrika lookback insert here: