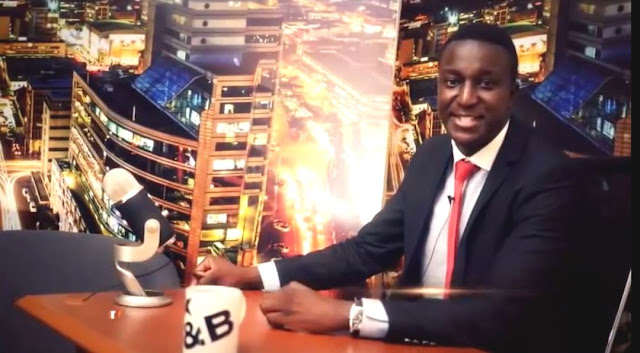 The TV presenter Zororo Makamba has died as Zimbabwe's second positive Covid-19 case as the novel coronavirus pandemic spreads globally including in South Africa and across Southern Africa.

According to AFP, the Zimbabwe Broadcasting Corporation (ZBC) announced that Zororo Makamba has died in the capital of Harare.

Zororo Makamba is the first person in Zimbabwe to officially die from Covid-19 and was treated in isolation in the Wilkins hospital in Harare.

"The minister of health and child care, Dr Obadiah Moyo has confirmed the death of Zororo Makamba, who was the second person to test positive for Covid-19 in Zimbabwe," the ZBC reported.

Zororo Makamba, the son of businessman and co-owner of Telecel Zimbabwe, James Makamba, tested positive for Covid-19 on Saturday.

He had travelled to New York late last month where he stayed for 20 days and returned to Zimbabwe on 9 March, transiting through Johannesburg to Zimbabwe.

According to Zimbabwe's government Zororo Makamba began to show mild flu-like symptoms on 12 March that progressively worsened. His family said he was also treated for flu-like symptoms in New York. He consulted a doctor in Zimbabwe and was instructed to self-quarantine. He became worse and was hospitalised.

Zororo Makamba had a tumour removed from just under his left lung in November 2019 and was still recovering from this surgery that would take 18 months.

The family says minister Obadiah Moyo blatantly lied to them and the country of Zimbabwe and that the hospital wanted the family to pay US$120 000 for a ventilator and monitor which it wanted to be "donated" and given to the Wilkins hospital for free after it was used for Zororo Makamba.

"People need to know that the Zimbabwe government is ill-prepared for Covid-19 and is not ready to deal with this virus," according to a report in Daily News.

Monica Mutsvangwa, Zimbabwe's minister of information publicity and broadcasting services, in a statement says "I have received the news of the passing on of Zororo Makamba with great shock, extreme sadness and a deep sense of shock. He is a victim of the worldwide pandemic that is Covid-19".

"I constantly and continuously worked with Zororo Makamba on his much-watched and greatly appreciated State of the Nation programme on Zimbabwe television."

"He was a young intelligent and dynamic man that infused talent and passion for his work with intense patriotic pride. He always exuded that confidence in the face of daunting challenges. He communicated with promise and hope in the economic prospects of his beloved Zimbabwe."

Zororo Makamba was the host and executive producer of the late night show Tonight with Zororo on the Zambezi Magic channel run by M-Net on MultiChoice Africa's DStv satellite pay-TV service.

He was also the host and executive producer of Point of View with Zororo Makamba, a weekly web based political opinion on YouTube and was one of the judges on the entrepreneur reality show My Own Boss.

Zororo Makamba started his media career at ZiFM Stereo, Zimbabwe's first private radio station where he was the presenter of several current affairs programmes. From radio he made the jump to television with Tonight with Zororo which won the award for Outstanding Screen Production (Television) at the National Arts Merits Awards.

He's also worked in telecoms as the publicist for Telecel Zimbabwe and was a news and broadcasting assistant at United Talent Agency (UTA) in New York.

At the time of his death Zororo Makamba was the director and co-founder of Eleven Dogs Inc., a digital media and broadcasting company.

He had a Bachelor of Arts in Communication from Michigan State University and a Master of Fine Arts in Producing (Honours) from the New York Film Academy.
on 3:38:00 PM