Coronavirus: M-Net and DStv to end Ultimate Love earlier as Nigerian dating reality show will wrap this Sunday because of Covid-19. 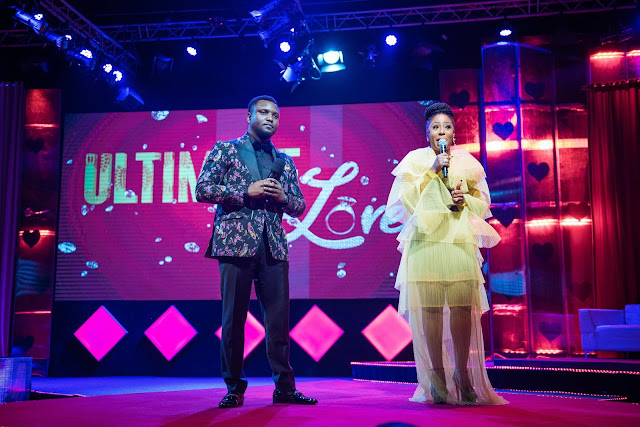 M-Net West-Africa is shuttering its Ultimate Love dating reality show that is ending earlier and that will wrap this Sunday 29 March 2020 because of the growing spread of the Covid-19 novel coronavirus pandemic across Africa.

Ultimate Love was supposed to end on 5 April but producers have scrambled to bring it to a close a week earlier by this Sunday after M-Net ordered it shut down as soon as possible.

"Due to the growing concerns of the spread of the coronavirus in Nigeria, kindly be informed that the Ultimate Love reality show will now end on Sunday 29 March 2020," said MultiChoice and M-Net in a statement about the show which is seen in Nigeria and across sub-Saharan Africa, including South Africa, on the DStv satellite pay-TV service.

"Whilst we know the show has garnered appreciable fans and viewers across Africa, it has become pertinent for us to join the ongoing efforts by the government and global public health officials to flatten the curve against the coronavirus."

"Watch how it unfolds on DStv channel 198 for the concluding part of the show."

The final Ultimate Love voting will open from today, Wednesday 25 March and end on Friday 27 March 2020.

Following after the latest season of Big Brother Naija, and a redress of the same studio space which was used for that show in Lagos, Nigeria, Ultimate Love saw 16 strangers (8 men and 8 women) enter the studio house to live together for 8 weeks.

Ultimate Love that started on 9 February this year saw viewers voting for their favourite couples each week with love-mates with the lowest votes who got evicted from "Aunty’s Love Pad".

In South Africa where a 21-day national lockdown because of the coronavirus is coming into effect on midnight on Thursday 26 March, locally-produced shows and studio complexes which remained open an in-production are now starting to shut down.

M-Net has been asked but not yet said how Covid-19 is impacting the production of in-production reality shows like the second season of The Bachelor SA produced by Rapid Blue and the 8th season of Survivor South Africa produced by Afrokaans for M-Net (DStv 101), or the 16th season of Idols produced by [SIC] Entertainment for Mzansi Magic (DStv 161).
on 10:16:00 AM