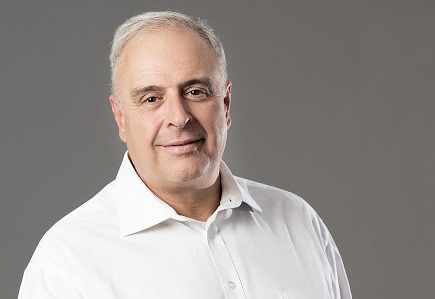 Jeremy Maggs is out with immediate effect as acting editor-in-chief at the scandal-hit TV news channel eNCA (DStv 403), saying he's stepping down because of stress, a month and a half after the firing of the politician-made-news-boss Kanthan Pillay in mid-December 2019.

Jeremy Maggs, who is also an anchor on eNCA, has been acting editor-in-chief at eNCA for the past 12 months but asked to step down because he couldn't cope with the stress-load anymore which was having a negative impact on his.

Jeremy Maggs will continue to co-anchor the SA Tonight timeslot - the prime time timeslot he originally anchored, then left for the afternoons and then returned to.

"This has not been an easy decision, but for the past few months the stressful nature of the job has caused me to re-evaluate both my position at the station and my life choices. I've been stressed and unwell for some time and I’ve made this decision in my own best interests and that of the station," Jeremy Maggs says in a prepared statement released on Tuesday morning.

Antonio Lee, eMedia Investments COO, says in the statement "We acknowledge Jeremy’s contribution during his tenure as acting editor-in-chief, and accept his wish to step down".

"Jeremy remains one of our top-rated presenters and is inextricably linked to the eNCA brand.  We are exploring other programing opportunities with him.  We thank Jeremy for the job he has done as acting editor-in-chief, and we look forward to continuing our working relationship with him."
on 11:46:00 AM