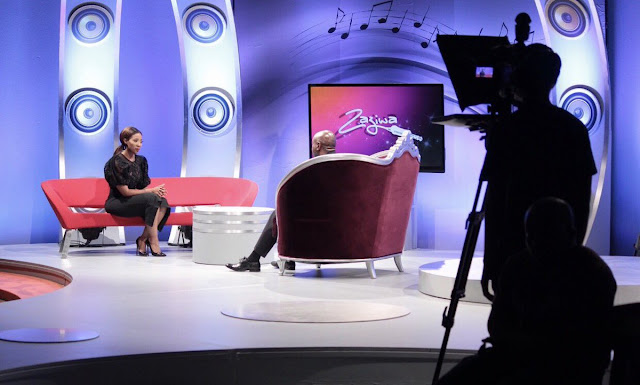 The SABC is done with its once-hot Zaziwa talk show with the Pearl Modiadie-fronted music magazine programme on SABC1 that has finally been cancelled for good despite earlier promises from the broadcaster that it would return.

The SABC tells TVwithThinus that a decision was taken not to renew Zaziwa for another season.

"SABC programmes are subjected to a review exercise for recommissioning with the intention of ensuring that the channels are able to deliver and become competitive platforms. Therefore, following a review of Zaziwa, a decision was taken not to recommission the show for another season," says Mmoni Seapolelo, SABC spokesperson.

"SABC1 is however exploring other content ideas and formats in the timeslot, allowing room to curate a diverse offering to viewers."

The once-popular Zazizwa, produced by Thabo Mphelo Films, drew between 3.5 and 4 millions of viewers to SABC1 as a ratings hit in its original Thursday night prime time slot of 19:30 until SABC1 executives decided to uproot it and destroyed its viewership in what became a self-inflicted wound.

In February 2017 SABC1 ripped Zaziwa from the schedule and transplanted it to Sunday nights at 20:30 - a lifestyle television "death slot" where, as predicted, viewers abandoned the show by the millions.

In August of the same year SABC1 quietly decided to dump Zaziwa from the schedule entirely to make space for yet another old rerun of Shaka Zulu, planning to bring Zaziwa back in a few months' time.

Nobody from SABC1 told a flabbergasted Pearl Modiadie that her show is off the schedule and off the air, with the Zaziwa presenter who had to hear from the media and not the SABC that Zaziwa has abruptly been shelved from its struggling Sunday evening timeslot.

Then SABC1 said that Zaziwa would return to a weekday and its erstwhile 19:30 timeslot but on Wednesdays, although it didn't materialise.

On her Instagram page Pearl Modiadie in 2019 when she was asked if Zaziwa will ever return to SABC1, said that "When it does, I will put it out there right now I don't know. I've enjoyed it for the past 5 years, let's wait and see what happens next".
on 11:40:00 AM