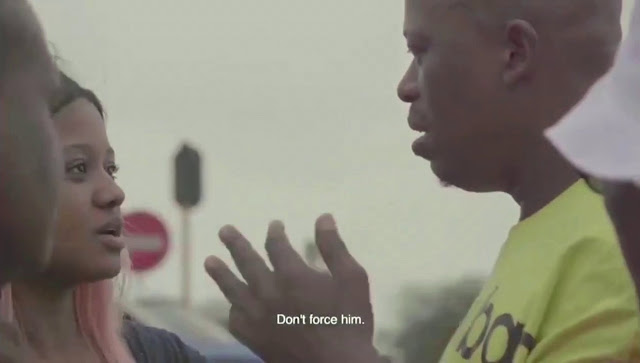 SiyayaTV's Moja Love (DStv 157) was forced to yank its hyped tabloid documentary series about Babes Wodumo and Mampintsha just two hours before it was supposed to start screening on Thursday night after Gqom's most notorious couple went to court to stop its broadcast.

The 3-episode tell-all tabloid TV special entitled Impilo: Mampintsha West Ink, detailing the ongoing explosive claims of abuse suffered by Babes Wodumo (real name: Bongekile Simelane) in her turbulent relationship with Mandla "Mampintsha" Maphumulo, was axed just hours before it was scheduled to be shown after the couple took legal action against the channel.

Viewers were up in arms about the lurid promo even before the docu-series started and slammed Moja Love for allegedly exploiting domestic violence and abuse and the couple's relationship troubles.

In Moja Love's disturbing promo for the doc series Babes, wearing a hat and visibly drunk, slaps and pushes Mampintsha while accusing him of cheating on her and taking pictures with mistresses. he denies it and hurls insults at Babes.

Presenter Jub Jub who is the host of Moja Love's controversial Uyajola99 had done a sit-down interview with he couple.

In 2019 Mampintsha was caught physically abusing Babes in a live Instagram video which instantly went viral and led to a police case being opened against the former Big Nuz member.

In addition the 25-year old was also charged with assault by a friend who leaked footage of her discussing the case with friends before it was heard in court.

"Jub Jub as a close friend to Mampintsha and Babes wanted to offer the couple an opportunity to explain the abuse incident," says Bokani Moyo, the new Moja Love channel head.

However Babes and Mampintsha decided to go to court on Thursday to stop the shock doc and the interview they did from airing.

"Because the issue is now in the hands of the court and the matter will be heard on 2 April 2020, Moja Love had decided not to broadcast the programme," she said.

"Moja Love doesn't condone any form of violence and take all cases of assault very seriously. The channel is committed to broadcast fair and honest programmes reflecting the lived experiences of all South Africans."

Bokani Moyo says "We believe that that it is important that we confront all topical issues, especially if those that are involved can deliver a first-person account of their experiences and present insight of what the motivating factors are behind their actions."
on 11:49:00 AM