Star Wars' The Mandalorian now the world’s top TV show as a petition starts for Disney to launch its Disney+ streaming service in South Africa. 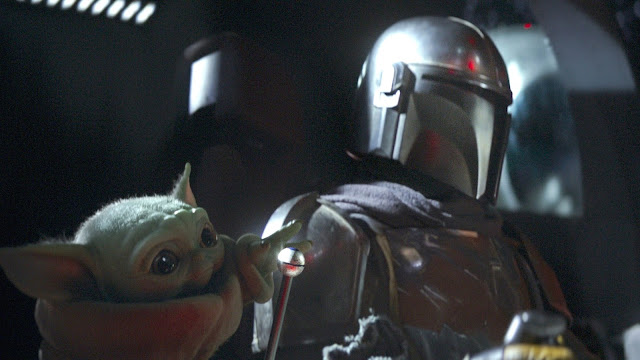 The new top TV show in the world is one South Africans can't see but that thousands of people across Africa are now pirate viewing - with a petition that has been created for Disney to please make its Disney+ streaming service available in the country so that consumers can watch Star Wars' The Mandalorian.

Just three weeks after Disney+ launched as the new global streaming service of The Walt Disney Company, The Mandalorian - the first live-action Star Wars TV drama series - is the new top television series according to market research from Parrot Analytics.

The new show is more buzzed-about and sought-after than Netflix's Stranger Things.

With a fascinating new story and new characters - including an utterly adorable "Baby Yoda" whose unknown origins is part of a new mystery - The Mandalorian quickly surged to become the most sought-after TV show in the United States as well as in the rest of the world.

According to Parrot Analytics' tracking The Mandalorian is 31.9 times more in demand than the average of the other most popular series until now which include HBO's Game of Thrones and Chernobyl and Netflix's Stranger Things and The Crown.

On the review aggregation site Rotten Tomatoes The Mandalorian is rated 95% "fresh" on the average audience score. At a cost of $100 million that Disney sunk into the production it's the most expensive TV show made yet.

Meanwhile thousands of frantic consumers in South Africa and across Africa have resorted to illegal means of pirate viewing new Disney+ content like The Mandalorian, High School Musical - The Series and other shows since Disney+ decided not to make its streaming service available anywhere on the continent.

Disney+ launched with 500 films and 7 500 episodes of various TV series, including new original Disney+ content. Disney chose not to make any of its new content like The Mandalorian available through its international distribution network to any pay-TV operators like M-Net or MultiChoice's DStv.

After launching since 12 November in the United States, Canada, the Netherlands, New Zealand, Australia and Puerto Rico, the United Kingdom, Spain, France, Germany and Italy will get Disney+ by the end of March 2020.

While South African consumers and viewers in sub-Saharan Africa are missing out with no definite launch date, a Disney+ boss has now been appointed for the Europe, Middle East and Africa (EMEA) region, which bodes well for a potential future launch.

While its content is being pirated across the continent The Walt Disney Company Africa has no possible launch date to share for South Africa and sub-Saharan Africa and says in a statement that "All Disney+ originals are exclusive to the Disney+ service. At this point, we have no news regarding this service launch in Africa".


Disney+ petition started
On Wednesday the South African Aidan Welman started a "Get Disney+ in South Africa" online petition, imploring Disney to bring it streaming service to the country and others, with the petition already amassing signatures.

"Imagine my disappointment when I saw and still see all over social media the 'memes', pictures and videos of people enjoying every bit of Disney+ and me not being able to download the streaming service, PAY for it and use it," says Aidan Welman.

"Netflix was a great success when it was first released in South Africa, there’s not a person I know that doesn’t have the streaming platform. I’m concentrating more on South Africa because I’m from there, we just really want Disney+ to be made available for your loyal South African fans."

"Believe it or not, there are thousands upon thousands of us here. Go have a look at box office sales for all the Marvel movies in South Africa, I’m pretty sure it should give an idea of how many Disney fans there really are," Aidan Welman writes in his petition.
on 9:00:00 AM