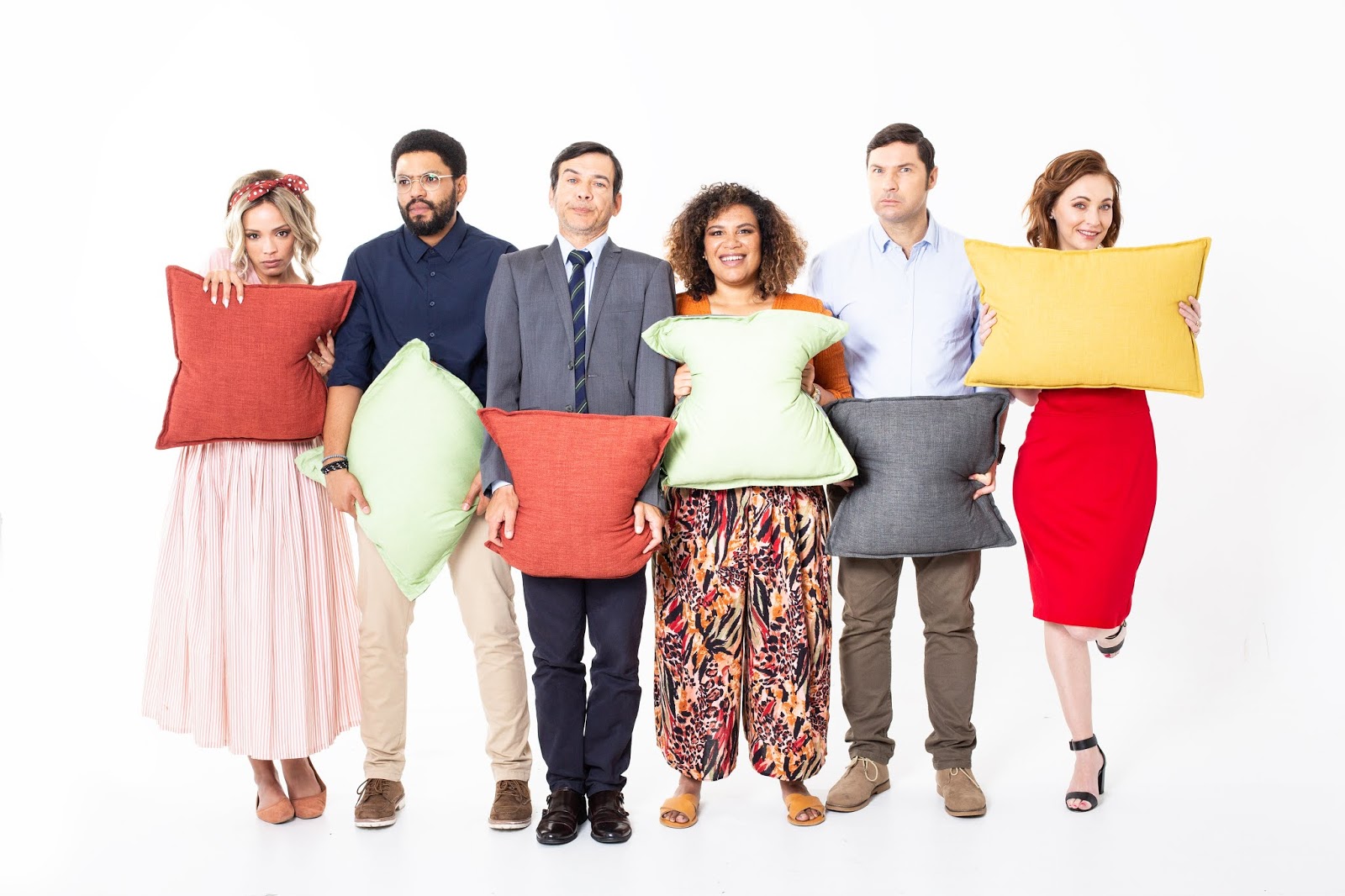 Media24's Afrikaans TV channel VIA is producing a second online video streaming soap, Op en af (Up and down), for the Netwerk24 portal that will play out in daily episodes from 3 February 2020.

The comedy of 65 episodes written by Leon Kruger and produced by Jester Productions of Diaan Lawrenson and Jody Abrahams, follows after Die Testament drama that marked Netwerk24's entry into Afrikaans online TV series.

"The soap is about ordinary people who are a little bit eccentric and holds up a mirror," says Diaan Lawrenson. All the couples live in the same apartment building and are seemingly friends - although viewers later see that their interactions are loaded with jealousy and competition, and sugar-coated with some gossip."

The Op en af cast include Charlton George as André Mouton and Quanita Adams as his wife Bev who have been married the longest although Bev is hiding a secret life, while Neels van Jaarsveld's character Frans du Plessis dabbles as a stock broker and Nadia Valvekens' (Leande du Plessis) character is an online vlogger.

Marlo Minnaar and Nicole Fortuin play the recently-married Charlie and Ilse Daniels who are trying but struggling to get pregnant. Diaan Lawrenson also appears on-screen as Christelle, Bev's best friend.

Netwerk24 will roll out episodes of Op en af as 5-minute webisodes with a new episode on weekdays at 8:00 between 3 February and the end of April 2020.

"The reaction to our first soap, Die Testament, surpassed our expectations," says Henriëtte Loubser, Netwerk24 editor. "It's clear that such instant viewing enjoyment in Afrikaans is a format that resonates with Netwerk24's audience."

"While Die Testament had a dramatic approach our second soap is humoristic and provides a whole new experience."

Similar to Die Testament episodes of Op en Af will remain available on Netwerk24 indefinitely with subscribers who can watch a new episode daily or the omnibus over weekends. Eventually the entire series of 65 episodes will be available to binge watch.

Izelle Venter, VIA channel boss says "When we watched the first episodes and the actors felt completely like your friends on a Friday night we became really excited. We believe that Netwerk24 viewers will be just as excited over our new soap from the producers-duo Diaan Lawrenson and Jody Abrahams".
on 11:11:00 AM