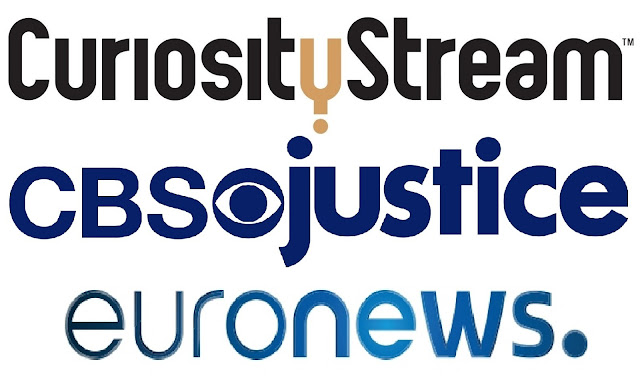 MultiChoice is adding two further TV channels to DStv including CBS Justice and CuriosityStream and is returning the TV news euronews.

CuriosityStream (DStv 185), launched by John Hendricks who was the founder of the Discovery Channel, is a factual entertainment channel.

euronews (DStv 414) which used to be on DStv and was re-added in sub-Saharan Africa outside of Southern Africa after it was removed a few years ago, is being returned for DStv subscribers in South Africa and Southern Africa.

The three channels will become available from 21 November.

"We're thrilled to finally announce the launch of these channels that will expand the line-up of new programming for our DStv customers to enjoy," says Yolisa Phahle, MultiChoice CEO of general entertainment.

"CuriosityStream will give our viewers informative entertainment that the family can enjoy together and it’s with great pride that we are able to launch CBS Justice, a new true crime channel which is part of the CBS AMC Networks EMEA portfolio of channels."

"We’re also delighted to expand our viewers' choice of news and actuality programming with euronews."

CuriosityStream has factual programming including original and exclusive films and series, with titles ranging from Deep Time History, The History of Food, Age of Big Cats and Breakthrough .

"CuriosityStream is thrilled to premiere on DStv, collaborating with MultiChoice as our inaugural bundled distribution partner in Africa," says Clint Stinchcomb, president and CEO of CuriosityStream. "Viewers are hungry for high-quality, engaging and entertaining factual shows and CuriosityStream is proud to offer our channel to this important media market."

"This new launch highlights the growing demand for true crime content in the region, and we are thrilled to offer MultiChoice’s DStv customers exclusive access to authentic documentaries and series for the first time on CBS Justice," says Louise Cottrell, senior vice president, affiliate partnerships for AMCNI UK.

"CBS Justice joins a lineup of our other popular brands that continue to deliver value and high-quality entertainment. We are looking forward to strengthening our partnership with MultiChoice in the years ahead."

"We are thrilled to be partnering with DStv to reach even more households on the African continent," says Carolyn Gibson, chief revenue officer at euronews.
on 12:36:00 PM