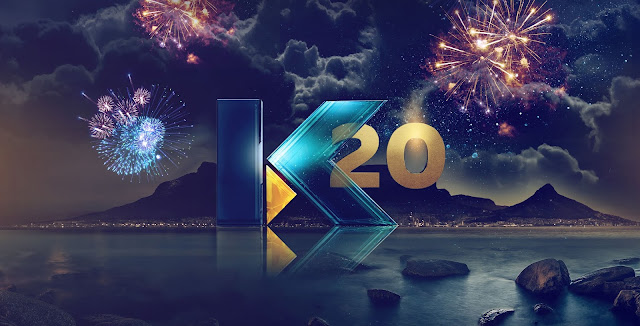 kykNET will be celebrating its 20th anniversary on Friday, 15 November at 20:00 with a live TV special entertainment broadcast entitled kykNET 20 Jaar, done from MultiChoice's Studio 6 in Randburg to look back at the 2 decades legacy of M-Net's Afrikaans TV channels division.

kykNET's 20th anniversary live TV special on 15 November is timed to the exact date 20 years ago when kykNET first officially went on the air on 15 November 1999 on MultiChoice's DStv satellite pay-TV service when M-Net offered the first Afrikaans television content besides the SABC.

Friday night's kykNET special will include a retrospective look back at kykNET's video entertainment journey over the past two decades, filled with musical performances and some interviews, as well as comical highlights.

kykNET presenters from then to now - ranging from Tracey Lange, Henré Pretorius, Hannes van Wyk, Elana Afrika-Bredenkamp, Janine Oberholzer, Leah and Kim Cloete - will make appearances, including Emo Adams, Nadia Beukes, Willem Botha, Rian van Heerden and Terence Bridgett and the show will include a song about kykNET’s shows and presenters over the years.

kykNET's TV special will include Coenie de Villiers and Early B, as well as a Boer Soek ’n Vrou surprise, while Hannon, Cindy Swanepoel and Bennie Fourie will talk about the film industry.

Johnny Davids and Vivian Molauly who were the winning duo of kykNET's Zing! singing reality competition will be performing together for the first time in years, while Sandra Prinsloo and Amanda Strydom will also make an appearance.

kykNET's TV special will end with an "Afrikaners is Plesierig" item - perhaps a hint about Karen Zoid?

"For kykNET the challenge is renewal; new things; to keep in step with the viewer but also with what's happening in the world regarding TV content. There are so many new trends and to bring some of that to us and to kykNET is wonderful and exciting," she said.
on 1:25:00 PM