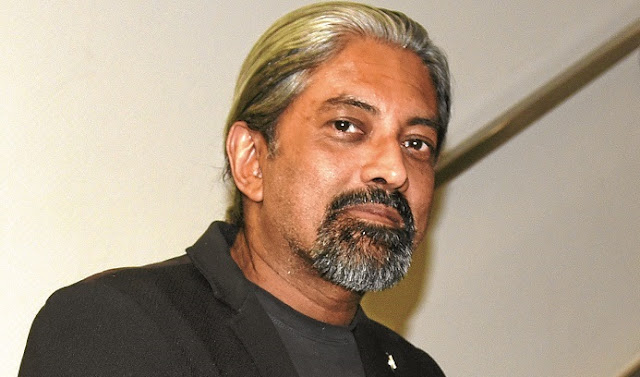 eNCA (DStv 403) is remaining silent over the alleged appointment of Kanthan Pillay, founder and leader of the Capitalist Party of South Africa (ZACP), as the South African TV news channel's new news boss after the death of Ben Said.

eNCA didn't respond to a media enquiry on Wednesday asking whether Kanthan Pillay was appointed to replace Ben Said who tragicially died in late-August, when the appointment happened and what the official title of the person is now heading up the news division.

On Thursday after a second media enquiry, eNCA spokesperson Lerato Maboi said "When we do have any news to share regarding appointments, we will be certain to communicate. Wishing you a great day ahead".

On Wednesday an insider alleged that "eNCA has employed Kanthan Pillay to replace the late Ben Said. No formal announcement has been made as far as I am aware, but I'm told he is already making important editorial decisions".

"Pillay is founder and leader of the Capitalist Party of South Africa, also known as the Purple Cows. It goes without saying that he promotes and supports a particular political system and ideology," the insider said.

"Surely the journalistic and ethical principals of an 'independent' news organisation is being compromised? Should it be headed up by a politician pushing a particular party line? Where is the editorial independence and objectivity?  Also talk of another line-up change at eNCA."

Later on Wednesday Mbuyiseni Ndlozi, spokesperson of the Economic Freedom Fighters (EFF) publicly tweeted that he had allegedly been "reliable informed" that Kanthan Pillay is now working as eNCA's news boss.

"This is the founder of the Purple Cow party which contested the 2019 elections on a highly reactionary ticket. If this is true, then eNCA is doomed for good!"

I have been reliably informed that @eNCA has appointed Kanthan Pillay as head of news at ENCA. This is the founder of the Purple Cow party which contested the 2019 elections on a highly reactionary ticket.

If this is true, then @ENCA is doomed for good!
— Mbuyiseni Ndlozi (@MbuyiseniNdlozi) October 9, 2019