BREAKING. Brooke's back! The Bold and the Beautiful returns to South Africa - this time on Vodacom's Video Play streaming service. 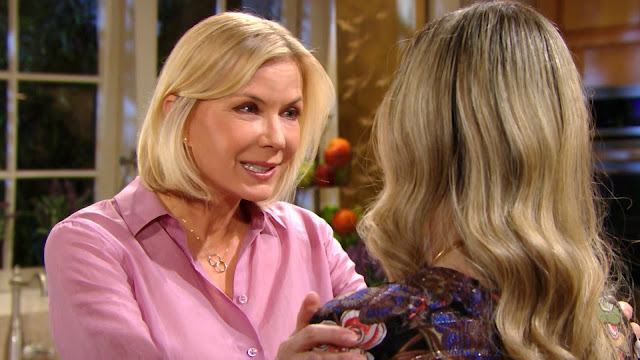 The Bold and the Beautiful is blasting back to South Africa with the American weekday soap that has found a new home on Vodacom's Video Play streaming service since getting axed from the SABC in March.

Despite strong ratings until the end the cash-strapped SABC decided to abruptly end its decades-long contract with the Bell-Phillip Television Productions, that led to big viewer outrage and disappointment.

M-Net (DStv 101) looked at possibly acquiring The Bold and the Beautiful but said it's schedule is full with lifetime reality shows currently working well in its late-afternoon timeslot and with ratings up 120%, while e.tv has been unable to add another American soap after it already took over Days of Our Lives in September 2017 after SABC3 dropped that as well.

Now episodes of The Bold and the Beautiful will play from today on Vodacom's video-on-demand (SVOD) service, starting with brand-new episode from season 31, as well as a binge, catch-up catalogue of 50 episodes to span the "missing period".

The 50 Episodes will be loaded to binge for those customers that weren’t able to watch the Bold & Beautiful when it went off air in South Africa early this year.

The ‘first new Episode – 7715 from Season 31 will form part of the new content that will be ingested as part of the 10 Episodes a week, this will launch on 9 October.

The episodes are free and a new episode is released daily. Vodacom Video Play customers will get access to The Bold and the Beautiful as part of a free subscription and don't have to pay for access.

Vodacom says viewers "will be able to stream the soap on their mobile devices, such as their smartphones, tablets, and laptops."

"We are extremely excited to be bringing back one of South Africa’s favourite international soap operas on our video on demand service, Video Play, along with the characters we’ve all grown to love, or love to hate," says Zunaid Mahomed, Vodacom group digital and fixed services officer.

"This move forms part of our ongoing commitment to providing access to the content our customers want, in a format that allows them to watch it whenever they want and wherever they are."

Additionally, the synopsis of each new episode will be displayed so that viewers can discern exactly which episode they want to watch.

"Our South African viewers have been asking for The Bold and the Beautiful to come back. Now we’re very happy to announce the good news," says Bradley Bell, executive producer and head writer. "Thank you for welcoming us back onto your screens."
on 1:57:00 PM