After eNCA anchor Vuyo Mvoko is found in breach of Broadcasting Code with Orania opinion in a news bulletin, eNCA loses appeal and is ordered to run an on-air apology. 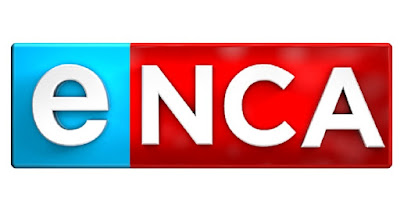 eNCA (DStv 403) has been ordered to apologise after adding opinion to a TV news bulletin and losing its appeal after the Broadcasting Complaints Commission of South Africa (BCCSA) found that the TV news channel breached the Broadcasting Code by including "unfounded opinion" into a news show.

On 17 April 2019 during the channel's prime time news broadcast, the eNCA anchor Vuyo Mvoko added personal comment after an insert about Orania, saying "that black people are only welcome there if they are domestics or if they are garden boys, there is no other recognition than this".

eNCA visited Orania in its Election Bus shortly before the general elections earlier this year.

The BCCSA adjudicator said that "One of the principles that news anchors must adhere to, is to conduct a news bulletin in a neutral way, without stating personal opinions".

"In a national news bulletin a few weeks before an election, it is, to say the least, an unwise decision to broadcast such a preconceived perception that is adhered to regardless of preceding clarifying arguments, especially in the volatile situation that the country currently finds itself in."

The BCCSA found that "the final comment by the anchor cannot be seen as news reported truthfully, accurately, fairly and in the correct context, without intentional departure from the facts and thus it constitutes a contravention".

eNCA appealed the BCCSA decision and said that the broadcast in question did not qualify as news as defined in the Code and that the complaint should have been decided based only the part of the code of conduct which deals with comment - although eNCA in its initial response to the complainants itself indicated that the broadcast was a "news story".

"The result thereof is that an incorrect impression was created in the eyes of the public, and the public could easily be misled into believing that the newsreader’s comment was fact or based on fact."

"The problem with the final comment made by the newsreader is that it put to the viewers a statement of fact," the BCCSA found.

"After the comment, there was no further room for engagement with the respondent. The comment was made in a news programme, identified as a news programme by the Appeal Tribunal and named as such by eNCA."

"The comment was thus not fair and was not based on facts but on opinion, however the comment was not presented in such a manner that clearly indicated that it was based on opinion or even allegations and rumours."

The BCCSA ordered eNCA to broadcast an on-air apology during the same news programme and in the same timeslot, noting that it apologises for the unfounded comment.
on 1:49:00 PM