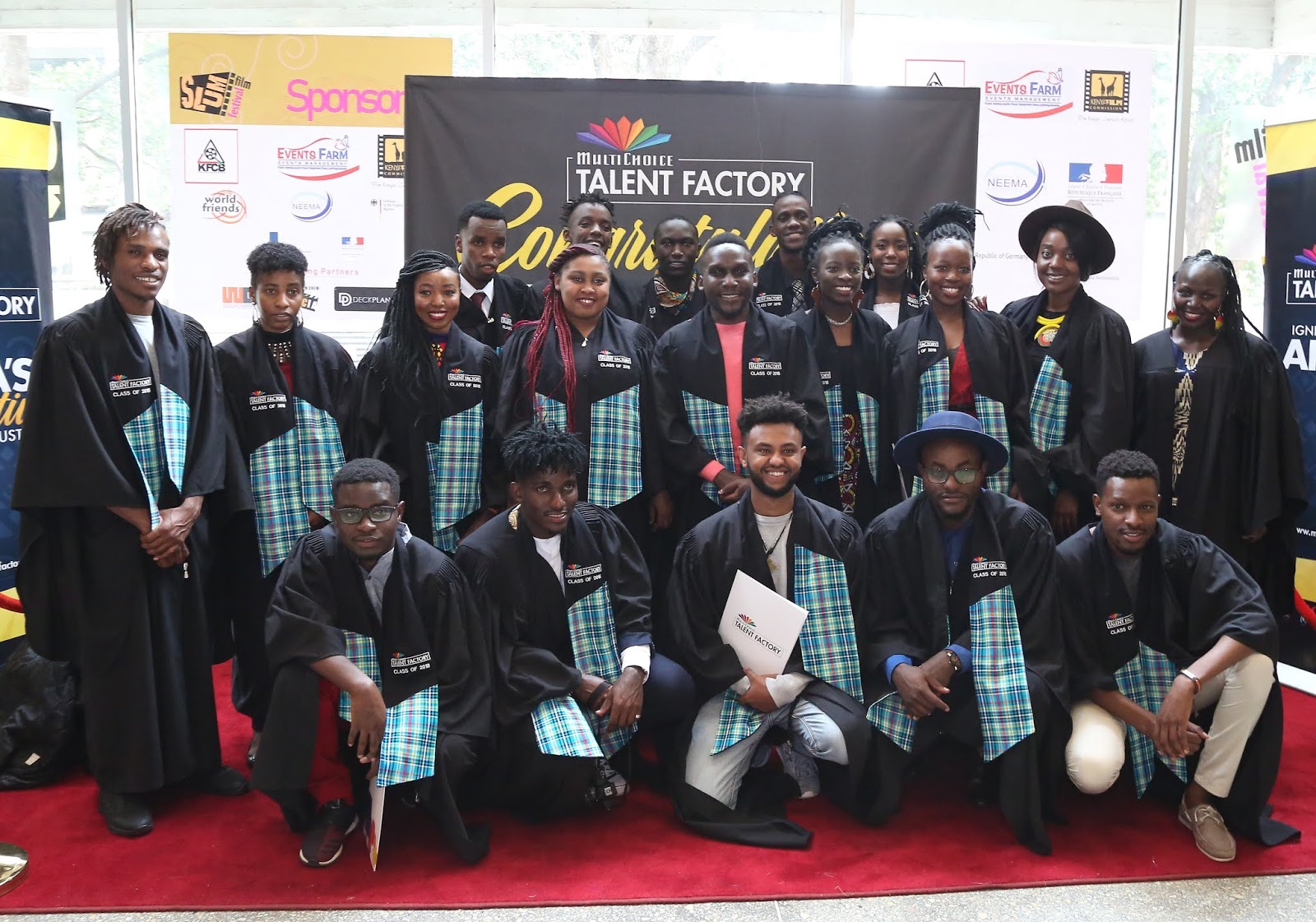 The MultiChoice Talent Factory (MTF), MultiChoice's film academy for sub-Saharan Africa held the first graduation ceremony for the academy's 20 students of the East Africa hub at the Nairobi Film Centre in Kenya where students received their certificates from the Kenyatta University accredited training programme.

MultiChoice set up the MultiChoice Talent Factory last year, and modelled it on M-Net's successful Magic in Motion film academy in South Africa, with three film academy hubs in Lusaka, Zambia for Southern Africa, Nairobi in Kenya for East Africa, and in Lagos in Nigeria for West Africa.

Along with their certificates, various students from the MultiChoice Talent Factory in East Africa got placements and internships with the New York Film Academy College of Visual & Performing Arts (NYFA) in New York; an Indian Film Industry "Bollywood" production internship with Nihilent Limited in India, a "Nollywood" production scriptwriting internship on an Africa Magic series produced in Lagos, an infinite AVID media composer license, as well as a AVID Pro Tools license by Jasco Broadcast Solutions

"We've encountered some challenges as we travelled our way along this journey, but with the remarkable support of our stakeholders, partners and supporters, we soldiered on and have emerged stronger for the creative industry as a whole," said Maharage Chande, MultiChoice regional director for the Northern region.

"Those that made the cut have certainly proved their potential, and all the graduates' hard work during the programme has led to this moment," said Njoko Muhoho, the MultiChoice Talent Factory East Africa director.

"It was truly a privilege to witness as the students worked diligently and demonstrated exactly how important a programme such as the MultiChoice Talent Factory academy is for the preservation of Africa’s creative film and TV industry. I couldn't have been prouder of the students for the work they have so far put in, and for what lies ahead of them," said Njoko Muhoho.

Throughout the past year the MultiChoice Talent Factory has partnered with various institutions and organisations to ensure the success of the initiative who have delivered expertise in various aspects of the film and television and participated in various touchpoints of the initiatives from training at the academy to upskilling industry professionals through masterclasses.

Every year, starting with the first graduating class, one graduate from each of the three hubs will get to enhance their filmmaking skills through a scholarship. The East Africa class of 2018's recipient is the 26-year-old Kenyan, Hillary Lanogwa.

The 26-year old Jane Moshi from Tanzania was chosen to receive the 2-week Bollywood production internship. The 24-year old Cissy Nalumansi from Uganda was chosen for the 3 to 4-week scriptwriting internship in an Africa Magic series.

Jasco Broadcast Solutions is also giving an AVID media composer licence for the 22-year old Kenya, Hilary Sibuni Sitati, who was chosen as the most-promising film video editor in the East Africa region. The AVID Pro Tools licence for the most-promising sound engineer per region for East Africa was awarded to 24-year-old Anthony Njoroge from Kenya.

"From the onset, we as MultiChoice believed that working in partnership with creative organisations across the continent and beyond will contribute towards making this initiative a success for the students and broader creative industry," says Cheryl Uys-Allie, the MultiChoice Talent Factory director.

"We truly thank the partners who have come on board to contribute towards equipping our emerging creatives with the technical skills they need to expertly navigate our industry. As the old African proverb says, ‘If you want to run fast, go alone. If you want to run far, go together. It’s our hope that we will see more partners joining us to ignite Africa’s creative industry further."
on 9:06:00 PM