Econet Media finally admits that its Kwesé Play device is dead as a brick and that the Kwesé Play video streaming service is being liquidated; process of voluntary retrenchments across organisation happening. 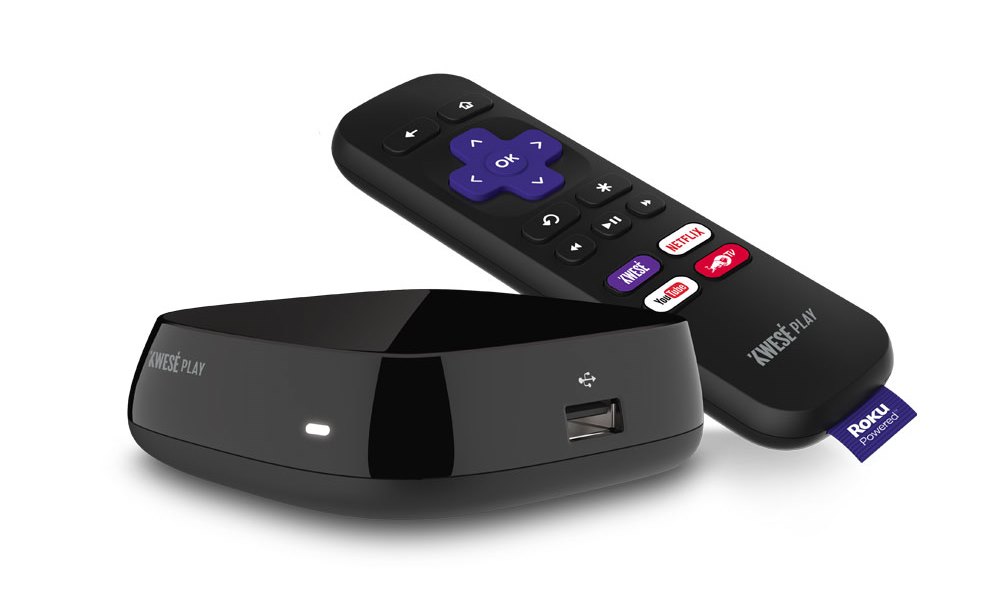 Econet Media is finally admitting to the public and its customers that its struggling video streaming service Kwesé Play is done and that the Roku Kwesé Play devices are now worthless bricks that will never work again, with Kwesé Play that is being liquidated.

A process of voluntary retrenchments is taking place across the business.

While Kwesé Play customers in Zimbabwe can get a refund, there is no word on where it leaves South African Kwesé Play subscribers stuck with a service and the customised media players that no longer work.

"It is with deep regret that we are today announcing the liquidation of Kwesé Play. A few weeks ago, Roku, our technology platform partners, deactivated all the Kwesé Play devices in our markets and customers have been unable to use them to watch Netflix, YouTube and other apps on their TVs," says Econet in a statement.

"We’ve spent considerable time negotiating with Roku in order to reactivate the devices, but have unfortunately been unsuccessful. This means that the Kwesé Play devices will remain deactivated and will no longer work."

Econet's Kwesé was placed under administration at the beginning of July 2019 with the African pay-TV operator's Kwesé Play streaming service that abruptly shut down and stopped working although Econet lied and said it's only temporary.

There's no clarity yet on how Econet's growing financial troubles will affect South Africa's just awarded Kwesé Free TV licence that is supposed to be the country's new free-to-air TV channel and in which Econet Media has a 20% stake.

Kwesé CEO Joseph Hundah confirmed to Business Day in July that its beleaguered pay-TV business that struggled to compete with China's StarTimes and MultiChoice's DStv has been placed under administration and that Econet has appointed Ernst & Young to manage the process.

Now Kwesé Play is being liquidated. The Kwesé Play streaming service offered through Roku devices in South Africa since September 2017 suddenly shut down without any warning to customers on 3 July for users in South Africa and across Southern Africa, simply saying "Econet no longer offers Kwesé Play. For more information contact Econet".

On 22 July in an internal communique to Econet staffers that TVwithThinus saw, Econet already told staffers then that Kwesé Play "has been discontinued as it is not an economically viable business", and that the company is starting a process of voluntary retrenchments. 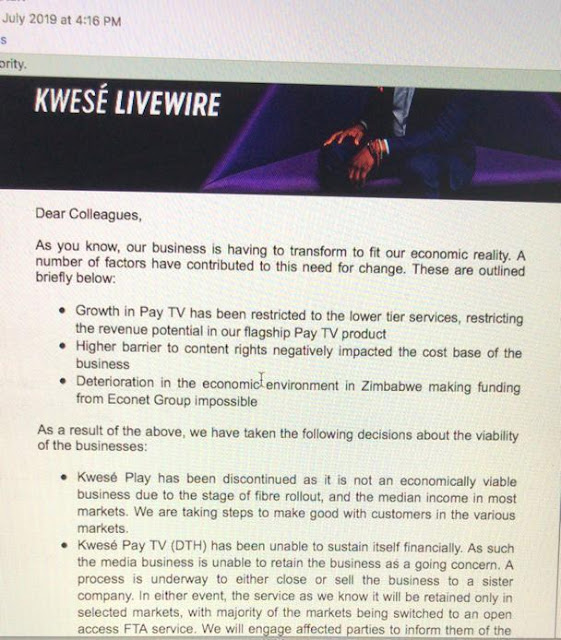 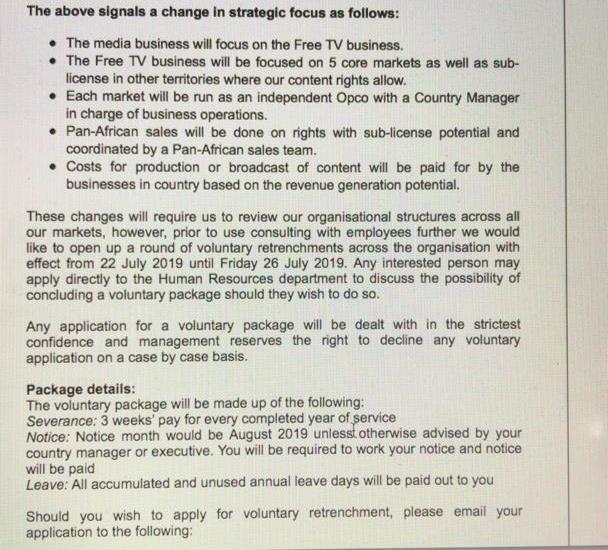 Last week Kwesé Play told customers in Zimbabwe and elsewhere but not South Africa, that "the Kwesé Play service will no longer be available in Zimbabwe" and is offering customers "airtime equivalent to the purchase value of the Kwesé Play Roku device you acquired" with the offer that is only valid until 15 August 2019. 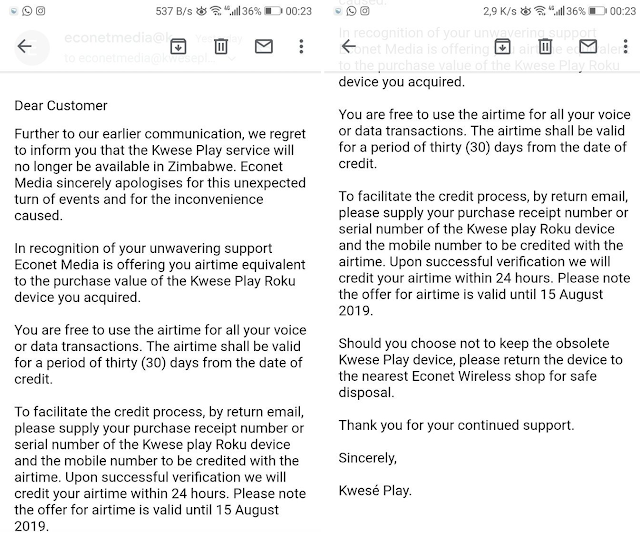