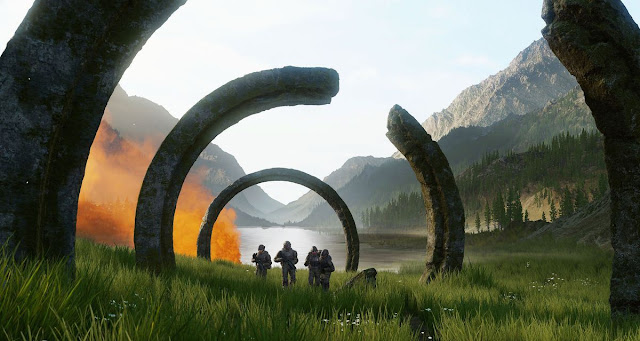 The producers of Halo have cast Pablo Schreiber as its Master Chief in the live-action TV show based on the hugely popular video game, with Yerin Ha who will also be joining the drama series as a new female character, Quan Ah in the Halo universe.

The drama series from Showtime, based on the iconic Xbox video game franchise has cast Pablo Schreiber as Master Chief, Earth's most advanced warrior in the 26th century.

The Master Chief is the only hope of salvation for a civilization pushed to the brink of destruction by the Covenant, an unstoppable alliance of alien worlds committed to the destruction of humanity.

The Australian actress Yerin Ha will play a new character within the Halo world: Quan Ah, a shrewd, audacious 16-year-old from the Outer Colonies who meets Master Chief at a fateful time for them both.

Halo is produced by Showtime in partnership with 343 Industries, along with Steven Spielberg's Amblin Television and will begin production around September 2019 in Budapest, Hungary.

Halo will be distributed internationally by CBS Studios International.

That makes it extremely likely that the drama series will end up in South Africa and Africa shown on M-Net (DStv 101) and MultiChoice's subscription video-on-demand (SVOD) service Showmax.

The Halo producers in a statement says "Halo will weave deeply drawn personal stories with action, adventure and a richly imagined vision of the future".


Kyle Killen and Steven Kane are serving as co-showrunners and executive producers.

Halo is also executive produced by Darryl Frank and Justin Falvey for Amblin Television in partnership with 343 Industries. The director will be Otto Bathurst and Toby Leslie for One Big Picture, Scott Pennington for Chapter Eleven, and Karen Richards.
on 11:10:00 AM