eNCA backtracks on NewsNight changes as Vuyo Mvoko is made sole anchor and political editor; Cathly Mohahlana back to anchor during the day with Vata Ngobeni appointed as eNCA sports editor. 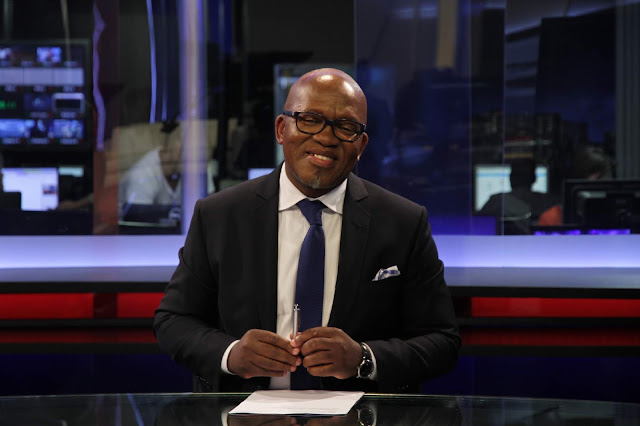 eNCA (DStv 403) is undoing some of its line-up changes just 6 months after its introduction in mid-July 2018 with its prime time news programme NewsNight that is going back to starting at 18:00 and that will now be sole anchored by Vuyo Mvoko, with co-anchor Cathy Mohahlana going back to anchor a daypart.

From Monday night NewsNight that was shifted to 17:00 in mid-July is once again moved back to a starting time of 18:00, now with Vuyo Mvoko as the only anchor of eNCA's flagship news show.

Cathy Mohlahlana who anchored mid-mornings before her promotion to NewsNight in mid-May 2017 as co-anchor, is shifted back after a year and 8 months and will now once again be anchoring eNCA during the day.

Cathy Mohlahlana is now taking over as the anchor of eNCA Now between 13:00 and 15:00 on weekdays, replacing Jeremy Maggs.

Jeremy Maggs, eNCA acting editor-in-chief, will no longer serve as anchor during the week but will continue to present his weekly media magazine show, Maggs on Media on Sunday mornings.

Jeremy Maggs shifted from prime time in mid-July to the afternoon slot, but with the added duties of day-to-day management of eNCA and with 2019 being a general election year requiring additional management of news resources and logistics, decided to let weekday anchoring go.

Jeremy Maggs will be used as a special anchor on eNCA depending on his availability during key news events.

"I am very pleased that I can hand the lunchtimes over to Cathy who is one of the young stars in a very talented line-up of anchors," says Jeremy Maggs. "This will give me an opportunity to focus on the business of running a dynamic and demanding newsroom."

Following eNCA Now, Thulasizwe Simelane will now anchor on eNCA from 15:00 to 18:00 for an hour longer.