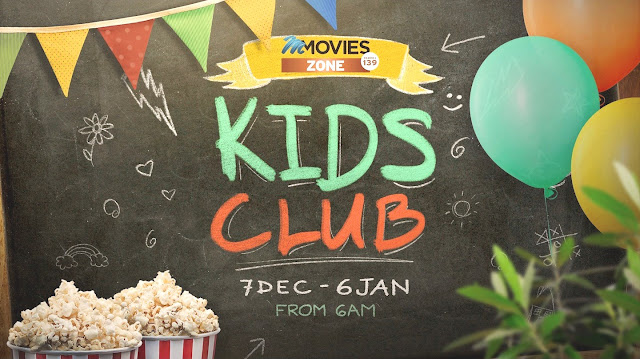 The M-Net Movies Zone on MultiChoice's DStv satellite pay-TV service is adding a Kids Club movie festival for the December holidays while kykNET is returning the fliekNET pop-up channel that will do a film festival featuring the funnyman Leon Schuster's Schucks catalogue.

M-Net Movies Zone (DStv 139) is adding a Kids Club movie festival on the TV channel from 7 December and will be showing movies for kids, daily during the end-of-year holiday period into January.

The M-Net Movie Zone Kids Club movie festival will kick off on 7 December and run until 6 January 2019. From Sundays to Fridays M-Net Movie Zone will show films aimed at a youth audience between 06:00 and 17:00.

On Saturdays M-Net Movies Zone will run youth-focused films between 05:00 and 19:00.


Oh Schucks, fliekNET
Meanwhile kykNET is returning the fliekNET (DStv 198) pop-up film channel that will once again be running from 16 December to 6 January 2019.

Comedian and hidden camera prankster Leon Schuster's film catalogue will be on fliekNET, including films like You Must be Joking, There's a Zulu on my Stoep, Sweet 'n Short, and Oh Schucks, it's Schuster!