BBC and Netflix to roll out a new Dracula drama series from the makers of Sherlock. 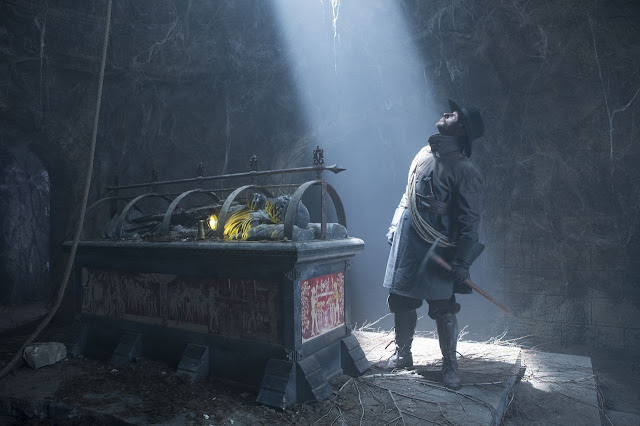 The BBC and Netflix are working together on a new three-episode Dracula miniseries from the makers of Sherlock.

While Dracula will be broadcast on the BBC's BBC One channel in the United Kingdom, Netflix will have the worldwide rights outside of the UK of the Hartswood Films produced show. BBC Studios Distribution is the international distributor.

The new version of Dracula based on Bram Stoker's classic horror tale picked up by Netflix comes after the deal that saw Netflix take the rights to the new British drama series, Bodyguard, that just finished on the BBC and was produced by ITV's World Productions.

Mark Gatiss and Steven Moffat, who was also an executive producer for several seasons of Doctor Who, are behind the latest take on Dracula, with the two who previously worked together on Sherlock.

Dracula will have three film-length episodes, with the story that will start in Transylvania in 1897, where the vampire count is plotting against Victorian-era London.

"Genius duo Steven Moffat and Mark Gatiss turn their attentions to Dracula for unmissable event television on BBC One," says Charlotte Moore, the BBC director of content, in a statement.

In the statement Steven Moffat and Mark Gatiss say "There have always been stories about great evil. What's special about Dracula, is that Bram Stoker gave evil its own hero".

Piers Wenger, the controller of BBC Drama, says "Steven and Mark’s ingenious vision for Dracula is as clever as it is chilling. In their talented hands the fans will experience the power of Bram Stoker's creation as if completely anew. We are thrilled to be collaborating with them and the brilliant team at Hartswood on yet another iconic British series".

Sue Vertue, executive producer at Hartswood Films, says "We are absolutely thrilled to be back at the BBC, and also delighted that Netflix are coming on board with Dracula. There’s nothing like fresh blood".

Larry Tanz, Netflix's vice president of content acquisition, says "We can't wait to bring Steven Moffat and Mark Gatiss' brilliant storytelling to our members around the world and we are eager to collaborate on yet another series with the BBC".
on 3:11:00 PM