TV CRITIC'S NOTEBOOK: The (long-overdue) time has come for M-Net or e.tv to vote out SABC3 and take over the broadcast of Survivor. 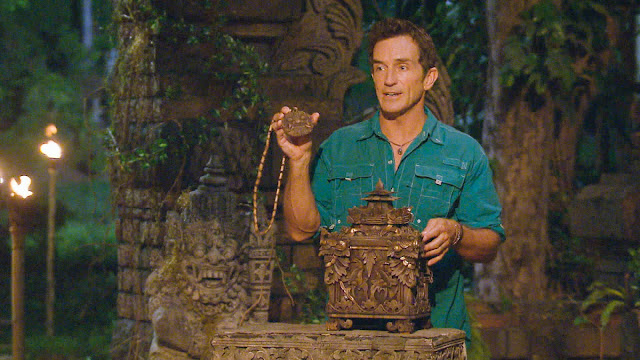 The time has really finally come - and it's really long-overdue - for M-Net (DStv 101) or e.tv to take over CBS's American version of Survivor and to vote SABC3 off the TV island over it's ongoing embarrassing and sheer incompetence for its ongoing botching of this show.

After SABC3 finally scheduled the 31st season of Survivor, Survivor Cambodia Second Chance that already aired in mid-2015 in America to start in May this year on SABC3, the channel once again abruptly postponed it to August, as the SABC's only commercial TV channel also did with previous seasons.

Then, this week when it was supposed to start, SABC3 once again horrifically mangled the first episode by entirely cutting out the immunity challenge, going straight to tribal council and playing music videos to fill the dead air on SABC3 until 21:00.

This is the 3rd time in a row that SABC3 completely botched the start of a new Survivor season during playout.

After deciding on Tuesday morning to show the first Survivor episode correctly played out on Tuesday evening - preempting the other scheduled SABC3 programming - the channel once again made viewers furious when it said the episode would repeat on Saturday at 15:00 ... only for Survivor Cambodia Second Chance to be an utter no-show.

Adding fuel to the fire is that SABC3 on Twitter on Saturday morning still said the show would be on at 15:00, only to go totally quiet afterwards when it didn't happen.

Last year I asked the SABC specifically - and this year again - how it will prevent another new season of Survivor being mangled when it's broadcast because of the ongoing previous problems.

The SABC didn't want to answer the question, and, as this week has shown yet again, either doesn't care or simply doesn't have the ability anymore to do better or to broadcast this show properly.

SABC3 is 5 seasons behind Survivor shown in the United States and has objectively speaking been doing an incredibly bad job for the past few years of broadcasting this show. Survivor remains beloved by many viewers locally and in America, but gets shoddy service on and from the South African public broadcaster.

It's time for M-Net, that has found renewed success with more seasons of the local version, Survivor South Africa to take over Survivor for its schedule for the sake of -long suffering South African viewers and fans of this show, who are disrespected and getting awful treatment from SABC3 in terms of the trash way this show is being handled.

If not M-Net, then e.tv could and should consider taking over Survivor from SABC3 and clinch the deal with CBS Studios International in the way that it picked up and took over Days of Our Lives when SABC3 tossed it away.

The Sony Channel (DStv 127) already took over The Amazing Race from SABC3, with Sony showing the latest seasons of this high-quality reality competition show.

The Amazing Race is also a great show and also used to be a jewel in the SABC3 crown. But the channel couldn't bother to keep up properly and fast enough with seasons of this show either.

It's sad that SABC3 continues to buy something like Survivor that it can't showcase properly. It's also sad that South African viewers are on the receiving end of a sloppy broadcast service for which there really are no excuses.

The self-inflicted mess like seen yet again this week, damages SABC3 and it damages Survivor.

After the always unexplained "technical glitches" happened with Survivor the first time, the SABC should have done two things - neither of which it has clearly cared to do the past three years inside its television division.

Firstly, the SABC should have made a very strong and clear statement to tell viewers that it's sorry and that these very preventable mistakes won't happen with Survivor ever again.

This would have built viewers' trust and would have kept more viewers staying tuned to SABC3 for Survivor.

Secondly, the SABC should have put very specific, more, and better logistics and management parameters in place to secure Survivor tapes, to check them before broadcast, and should have introduced more stringent controls in the final control room playout and have competent people overseeing it, instead of people who seem asleep behind the controls.

Very objectively, and very clearly, the people inside the SABC working with Survivor and the Survivor tapes  - from content acceptance to checking to formatting to slotting and stacking and playout - are incompetent and are not able to do what is required for episodes to be broadcast correctly on SABC3. That is a problem.

As it stands, SABC3 viewers interested in Survivor have absolutely no more trust in SABC3 that it will show Survivor, or show the CBS Studios International show correctly - the same way commuters of a badly run bus service don't know when, or if, the next bus might actually show, and if it will be the right bus.

SABC3 has destroyed all of the goodwill, all of the trust, all of the patience, hope and expectations that viewers still had for Survivor.

It's high time for Survivor to switch from the SABC to M-Net, e.tv or elsewhere - where the mere broadcast exercise of just seeing Survivor as a basic, normal playout on air would be a massive improvement from what's been happening with this sorry show.
on 2:58:00 PM