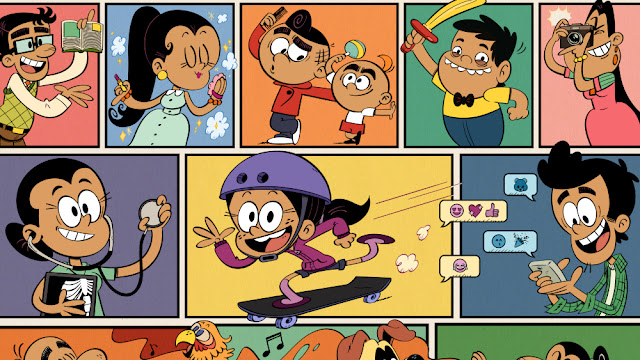 Los Casagrandes will likely show up on Nickelodeon's African TV schedule eventually, unless the series contains or shows a gay character - something that saw The Loud House being banned in Kenya in East Africa by that country's over-zealous censorship board and that resulted in Viacom International Media Networks Africa (VIMN Africa) and MultiChoice pulling the series off the air for DStv subscribers across Africa, including South Africa.

Nickelodeon ordered a first season of 20 episodes of Los Casagrandes, following a girl, Ronnie Anne and her family as they adjust to life in a big city, Great Lakes City, where they now live with their big, loving and chaotic multi-generational family, the Casagrandes.

"Nickelodeon is proud to expand The Loud House universe by offering a new perspective on family life with Los Casagrandes," says Chris Viscardi, Nickelodeon's senior vice president of animation production and development, in a statement.

"There's no better time than today to tell stories about a kid growing up in a loving, multi-generational , diverse family."