The future of SABC News channel in doubt, will continue on DStv while discussions between the SABC and MultiChoice continue. 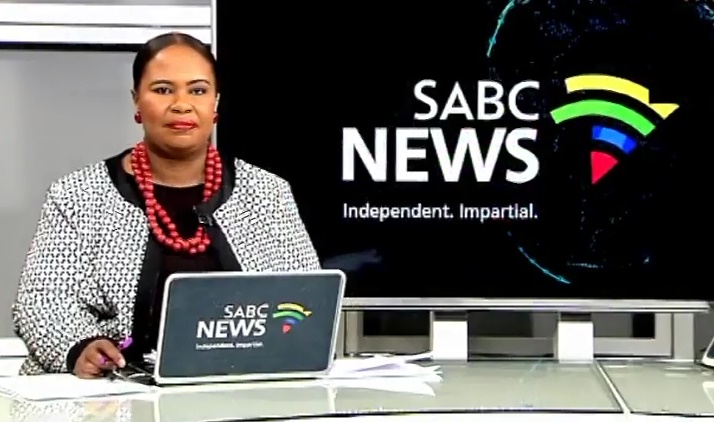 Not only will Afro Worldview disappear on 20 August from MultiChoice's DStv but the future of a second channel in the news block is now in doubt: the South African public broadcaster's SABC News channel could soon be a gonner too since the SABC and MultiChoice haven't signed a new contract.

The struggling and cash-strapped SABC doesn't have the money to fund and run SABC News (DStv 404) on its own although it is supposed to be one of the SABC's envisioned, freely available TV channels for digital terrestrial television (DTT).

If MultiChoice doesn't extend the contract for SABC News, the channel will presumably have to shutter just like SABC News International, the public broadcaster's first try at a 24-hour TV news channel that bled the corporation dry and was terminated after bleeding millions of rand after just three years at the end of March 2010.

Ironically the fate of a public broadcasting TV news channel lies squarely in the hands of a commercial company, in this case Naspers' pay-TV arm, MultiChoice.

According to insider sources who asked for anonymity because they're not allowed to speak directly to media, SABC managers allegedly had a meeting with fixed-term producers for the SABC News channel on Monday, informing them that the SABC has not reached an agreement with MultiChoice for the renewal of SABC News.

There's now growing buzz that producers will apparently receive letters this week informing them that production on SABC News will stop, although producer contracts allegedly still run until the end of August.

The SABC was asked whether this is accurate and whether the broadcaster can confirm a meeting with producers in which they were told that the channel won't be continuing, but the SABC declined to answer the question.

The SABC and MultiChoice were both asked, separately, about the future of the SABC News channel and whether it's accurate that the channel on DStv channel 404 will not be renewed and end during July.

Both the SABC and MultiChoice responded on Tuesday afternoon at 16:00 within minutes of each other, and with the exact same holding statement, saying that discussions are ongoing and that SABC News and SABC Encore will stay on the air on DStv for the time being.

Earlier this year the new SABC board told parliament's portfolio committee on communications that it would like to see the SABC News channel continue.

The SABC started SABC News (DStv 404) in August 2013, along with SABC Encore (DStv 156) as a placeholder rerun channel in May 2015. Both channels were part of an exclusive two-channel packaged deal with MultiChoice. In May 2015 the footprint of the SABC News channel was extended beyond South Africa into several other African countries on DStv.

These two channels - although they're content from and created by the public broadcaster - are however not available to other satellite TV platforms like StarSat, e.tv's Openview or Deukom in the way that SABC1, SABC2 and SABC3 are.

These payments not only raised multiple serious questions over possible corporate impropriety, but also over TV news channel carriage deals and payments for these channels, as well as raising eyebrows over a private pay-TV company's possible undue influence in the country's switch from analogue to digital TV broadcasting.

MultiChoice told the SABC it would pay the broadcaster R100 million for the SABC News channel but but only on the strict must-have contract clause condition that the SABC must support MultiChoice's stance on conditional access (CA) for digital television.

It means that MultiChoice has been paying ANN7, now Afro Worldview owned by Mzwanele Manyi, more money despite its very low ratings than what MultiChoice has been paying eNCA (DStv 403) that has more than 50% of the overall TV news audience share on DStv. eMedia Investments will now start a second TV news channel, OpenNews, within months on its own Openview platform as a backup if eNCA were to discontinue on DStv.

Since November 2017 the SABC is aware of how much more money MultiChoice is paying Afro Worldview, although the SABC in May 2018 had 25.23% of the overall TV news channel audience share, compared to Afro Worldview's paltry and sliding 9%.

Meanwhile MultiChoice is finalising the shortlist for a new black-owned local TV news channel to replace Afro Worldview with 24 applications from various consortiums that were received.

MultiChoice doesn't want to announce any of the names of the applicants for public scrutiny and will only communicate who the successful TV news channel bidder is after a new channel carriage contract has been signed.
on 12:59:00 PM