Programming team changes at A+E Networks UK as Dan Korn is set to take over from the Lifetime and C+I channel director Koulla Anastasi who is leaving. 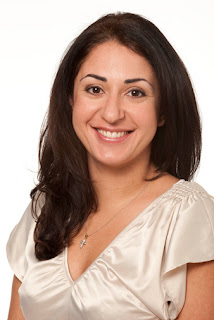 A+E Networks UK is changing its programming team, with Deadline reporting that Koulla Anastasi, the channel director of the Lifetime (DStv 131) and Crime+Investigation (DStv 170) channels, is apparently a gonner.

Dan Korn will be taking over Koulla Anastasi's content commitments.

Dan Korn is the vice president for A+E Networks UK in London and visited South Africa and Johannesburg in late May for the press launch of that History of Football pop-up channel on MultiChoice's DStv that A+E Networks Africa didn't really want media to be at and couldn't bother to tell them about.

Koulla Anastasi was responsible for the rolling out of the Lifetime Africa channel when it launched on MultiChoice's DStv satellite pay-TV platform in South Africa and across Africa.

Koulla Anastasi was also responsible for commissioning the local South African adaptation of Four Weddings South Africa for Lifetime Africa that was produced by Rapid Blue, and shows on Crime+Investigation like Crimes that shook Britain and Britain's Darkest Taboos.

A+E Networks UK in a statement told Deadline that "We re in discussions about the future design of the company and the impact this may have on some roles. While consultations with staff are taking place it would be inappropriate to discuss any further".
on 2:32:00 PM