SABC board member, Kgalema Mohuba, placed on special leave by the University of Limpopo that is investigating claims around the doctorate degree he was working on. 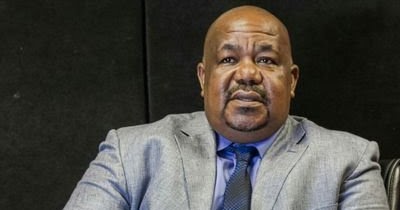 The SABC has not suspended, placed on leave or removed its board member Kgalema Mohuba who has now been placed on special leave by the University of Limpopo where he is the publicist, amidst an investigation into the doctorate degree he was busy with and that the university decided not to award.

The University of Limpopo said Kgamela Mohuba was placed on special leave in late-May and will remain on leave until the investigation is completed.

Scandal erupted around Kgamela Mohuba after reports to the university that Kgamela Mohuba allegedly hired two Zimbabweans to write his doctorate in commerce (DCom) thesis, and also allegedly paid for their flight tickets.

The University of Limpopo is also investigating how Kgamela Mohuba managed to complete the doctorate he was working on within 2 years.

Judge Matsoro Semenya struck Kgalema Mohuba's case off the roll, ruling that Kgalema Mohuba "is not entitled to receive the degree" - a doctorate in commerce (DCom).

Judge Matsoro Semenya in his ruling said "It is evident that the applicant has not studied for a minimum period of two years for the doctor of commerce degree after enrolling in August 2016."

The scandal around Kgalema Mohuba is not the first time that someone on the SABC board is being mired in controversy around qualifications.

The disgraced former SABC chairperson and academic failure Ellen Tshabalala was exposed for her shocking lies about having tertiary qualifications from Unisa like a B.Com degree and in fact failed badly, and then had the audacity to blame Unisa for allegedly "losing" all records of her degrees after she was investigated by parliament for her lies.
on 12:52:00 PM